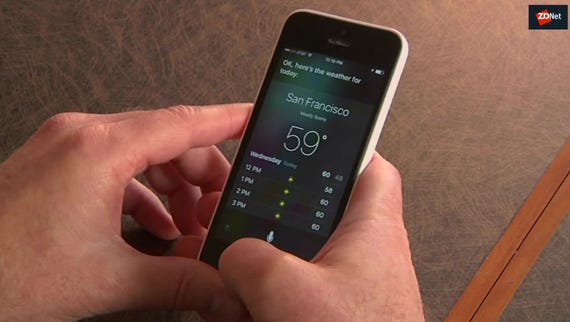 There is a significant opportunity for organisations to integrate personal virtual assistants such as Amazon's Alexa, Microsoft's Cortana, and Apple's Siri into their enterprise systems, according to IT services firm Unisys.

Similar to the Bring Your Own Device (BYOD) movement, Unisys is betting that personal virtual assistants will become part of an organisation's IT ecosystem. In fact, in many cases, it will become the access point to an organisation's "automation realm", according to Paul Gleeson, VP and global head of Service Management and SIAM at Unisys.

For example, an employee will be able to ask Siri on their personal iPhone how many days of annual leave they have accumulated, or how many servers are running over 50 percent capacity.

"A lot of millennials are using their private Siris, their private Cortanas, to access things such as the results of their favourite sporting teams, the weather, and indeed, when the next train is going to be available so they can get home," Gleeson told ZDNet.

"These systems are tuned to your moods, your language, your culture, and in some instances, your accent. They're more accurate than anything the company could provide."

In order to kick off the "Bring Your Own Automation" (BYOA) movement, Unisys recently created a proof-of-concept using Amazon Echo, plugging it into an enterprise system to see if both interoperate.

"We were emulating a worker working from a home office and asking to have their passwords set to their default policy approved password," Gleeson explained.

"This is not necessarily following two-part authentication protocols, but as a proof-of-concept, we were able to get it to pass through the Amazon environment back to our facility and actually trigger an event that we set up on our end to receive it."

The proof-of-concept has been demonstrated to two enterprise clients who Gleeson said responded positively. However, they were more enthusiastic about the use of the virtual assistants that are built into smartphones and tablets than smart home devices like the Echo.

"Samsung devices and Apple devices have the thumb print reading capability, as well as voice recognition. So we've got that two-factor authentication," Gleeson added.

When asked whether the addition of virtual assistants would make security harder to manage, Gleeson said "not particularly", as it is still the same device being used to access corporate systems. He did, however, note the importance of updating corporate IT policies to ensure virtual assistants are accounted for.

Unisys is currently considering the implications of corporate data being captured on an individual's personal device.

"You already sign over [access to your data] to your personal assistant provider, whether it's Apple, Google, Amazon, Microsoft, to use those natural language processing capabilities. That's because those providers need to use their machine learning algorithms to fine tune that data to get it where it needs to be," Gleeson said.

"From Unisys' perspective, when an enquiry comes into the corporate environment from a redirection through Amazon or Apple or whatever the natural language processing engine is going to be -- those queries that land are data that's going to be held within the walls of the organisation. So they become data for the enterprise."

While it's still early days, Unisys believes BYOA will resonate the most with organisations that have a large mobile fleet, as it will allow remote workers to multi-task.

That's not to say that BYOA would only work in an isolated setting; Gleeson said it would also work in a shared office setting, noting Unisys tested its proof-of-concept in a noisy call centre environment with multiple people, and the Echo was able to clearly differentiate between voices.

But more importantly, Gleeson said that virtual assistants can be configured to provide audible alerts when, for example, there are servers running at over 80 percent capacity.

"What we're looking at here is figuring out how to use some of the breakthroughs in technology that's ubiquitously available to everyone today, and using that to further enrich the experience, drive productivity, create new capabilities, multitasking, and really just changing the way people are getting and consuming services right now," Gleeson said.

"This is the integrated automation approach that we're looking to bring into the market. We just see the personal assistant as being another system of automation, and one that I think is a little overlooked, but one that has got, from the perspective of an end user or consumer, huge potential.

"It's best to use an automation engine that is attuned to you rather than using something provided by an organisation that has to be tuned to you over a longer period of time."