The PC to datacenter giant says it's ready to 'navigate the turbulence' of geopolitics and economy.
Written by Steve Ranger, Global News Director on May 23, 2019 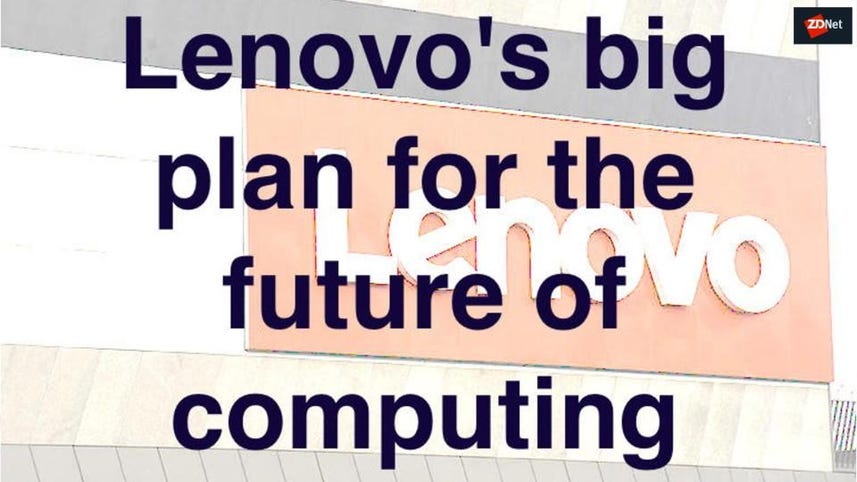 Lenovo said its transformation strategy is delivering benefits as it reported full-year revenue up 12.5 percent to $51 billion.

Analysts aren't shocked by the PC market declines in the first quarter and expect enterprise upgrades to partially save the day in the second half of 2016.

The tech giant has been busy building out what it calls its 'intelligent transformation' strategy as it attempt to grow beyond the PC business, which still accounts for three quarters of its revenue, into areas such as mobile and datacenters.

The company said the fourth quarter was particularly strong with improving revenue and profit across all businesses, with year-on-year revenue growing by 10 percent to $11.7 billion.

MUST READ: Beyond the PC: Lenovo's ambitious plan for the future of computing

By business unit, Lenovo said its Intelligent Devices Group, which incorporates its PC and smartphone businesses, saw revenue grow 9.9 percent. Lenovo's PC and Smart Devices group delivered a record full-year revenue of $38.5 billion, with pre-tax income of US$1.98 billion: Lenovo said that rethinking form factors and user experiences have resulted in a number of technology breakthroughs in the past fiscal year, most recently its announcement of a PC with a foldable screen. The company said it was the fastest-growing PC player among the global top five as a result of its strategy to drive growth in the premium and high-growth segments.

Lenovo said its Mobile Business Group, which includes its Motorola acquisition, improved pre-tax income by US$464 million year-on-year and was profitable from the last two quarters of the fiscal year, which also saw Lenovo take out $500 million in costs.

The Data Center Group (DCG) achieved the fastest year-on-year growth since the acquisition of the x86 server business, growing 37 percent with record full-year revenue of US$6.02 billion. This was led by strong growth of the Hyperscale and Software Defined Infrastructure, which had revenue growth of 240 percent and 96 percent year-on-year respectively. Losses from DCG also "considerably" narrowed year-on-year to $231 million in the fiscal year, the company said.

The company also acknowledged the ongoing US-China trade war, noting: "The group is well poised to navigate the turbulence in the geopolitical and macro-economic environment."

Smartphones
The 5 best smart notebooks of 2022