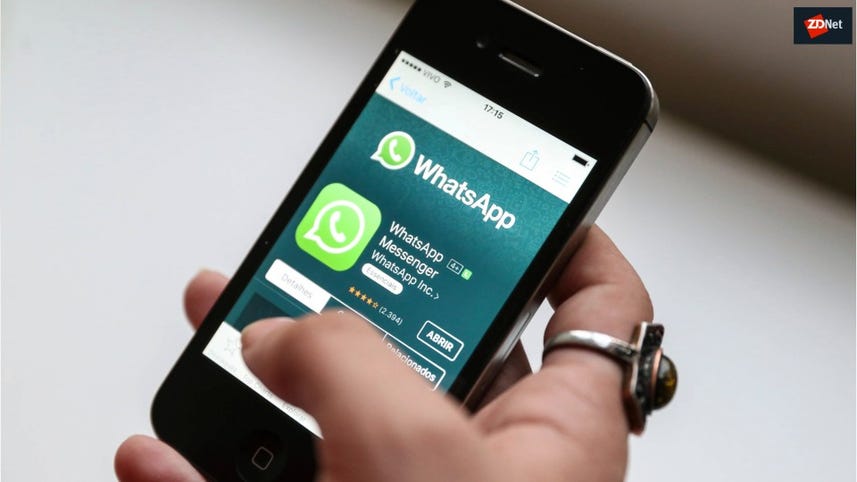 Who's afraid of WhatsApp?

The Senate Estimates committee focus on the security of WhatsApp missed two key issues. Secure communications is a people problem. And does it even have to be 'secure' in the first place?

The service, according to the newspaper, includes use of international numbers to send hundreds of millions of vitriolic messages, circumventing the spam controls that WhatsApp imposes on its Brazilian operation.

The Brazil controversy comes just as Facebook touts its efforts against fake news and efforts to curb election misinformation.

Local electoral legislation only allows use of contact lists drawn up voluntarily by the campaigns themselves. Business campaign funding is also prohibited in the country, which would deem the entire operation illegal.

It is understood that such activities were taking place prior to the first round of elections on October 7. Haddad alleged that he has proof that some 156 entrepreneurs supporting Bolsonaro are poised to send another barrage of messages to voters in the run-off on October 28.

Bolsonaro reacted to the accusations in an interview to website O Antagonista, by saying that even though he is aware the campaigning tactics are unlawful, he "cannot control" actions of entrepreneurs that are friendly to him. He added that he has no way of knowing about the scheme and taking action to stop it.

The alleged practices are currently being investigated by the Supreme Electoral Court. Haddad's Workers Party called for action from owners of messaging apps, saying that "the survival of the democratic process" is at stake.

Polls suggest that Bolsonaro, a pro-dictatorship former Army captain, is poised to win the elections, with 59 percent of intended votes against Haddad's 41 percent.

The allegations of illegal use of WhatsApp during Brazil's elections follows meetings between the local electoral court and the messaging service earlier this week, about possibilities regarding the restriction of fake news on the platform.

Contacted by ZDNet about the latest incident, WhatsApp representatives said the service has "proactively banned hundreds of thousands of accounts during the Brazilian election period."

"We have state-of-the-art spam detection technology that identifies accounts with abnormal or automated behavior so they can not be used to spread spam or misinformation," the company added.

The firm also stated that it is investigating the points made in the Folha article and that it is "committed to reinforcing WhatsApp policies equally and in a fair manner to protect customer experience."

An earlier win in the Belgian courts suggested Facebook has the upper hand on cookies, but a German ruling shows Europe is sticking to its firm line on privacy.

WhatsApp has also pointed out that the membership limit for groups is 256 people. For message forwarding, there is an overall limit of 20 messages.

The exception is India, where the limit is five messages. Forwarding messages in the country had to be limited to tackle the spread of information intended to create or exploit Hindu-Muslim divisions and has led to violent incidents earlier this year.