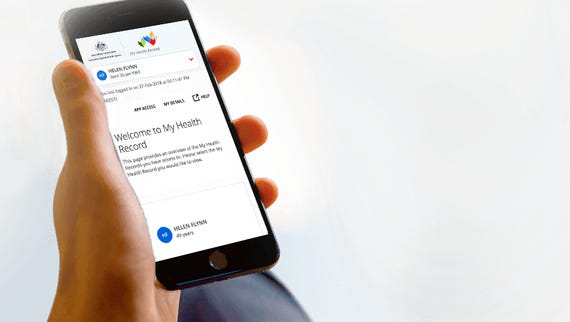 My Health Record needs to be compared to fax-based reality: AMA
Watch Now

If only three percent of Australians are opting out of My Health Record, it would seem that privacy advocates have made little difference. Despite all the noise, so far the opt-out rate appears to be the same as in the UK and Austria.

The government's media budget has obviously been a factor. Their paid media spend has been increased from AU$4.8 million to AU$5.454 million.

"The increase relates to increased promotion on social media," said Tim Kelsey, chief executive officer of the Australian Digital Health Agency (ADHA) in evidence to a Senate committee on Monday.

"There have been a total of over 7,000 plus placements across digital, outdoor, radio and print, within train stations, bus shelters and so forth," said Ronan O'Connor, the ADHA's executive general manager of Core Services Systems Operations.

"We also have paid advertising in health locations within GP practices. There's Tonic Health Media network, whereby in every GP practice you've got screens playing TV in relation to that. Also, as I mentioned, there's the whole outdoor placement -- large format billboards, transport advertising such as bus and tram shelter panels. There are over 3,000 placements there. In relation to radio, there are over 170 stations spanning FM and AM, ethnic and Indigenous radio, with over 12,000 spots booked."

As for the lobby groups' messaging, your writer's view is that it seemed fragmented, often niche, and often a bit hand-wavey. The same applied to various technical critiques of the privacy controls.

Take sex workers. Their lobby group, Scarlet Alliance, and the health-focused Sex Workers Outreach Project (SWOP) did sterling work in explaining how the fear of having their taboo job revealed can have real health consequences for workers. But "ordinary Australians" don't care, because they're not sex workers.

Or take people who've battled substance abuse. That's even more taboo, often criminal. A busybody -- or a health worker dealing with personal financial stress and in need of some extra income -- might well find that information worth passing on. But again, who cares about the druggies?

"Ordinary Australians" don't care about the marginalised, at least until they suddenly discover that they might be one of their own family or friends.

Trade unions have been a little more effective at getting their message across, at least to the politicians.

Trevor Gauld, national policy officer of the Electrical Trades Union (ETU), told the Senate committee about the risks of a doctor chosen by an employer being able to access a worker's entire medical history, not just what they can assess from their current examination.

"It included diagnosing, and it included recording individuals' health for the purposes of assessing, maintaining, improving or managing the individual's health. So you don't even have to be going there with an ailment seeking some assistance to correct that ailment. You simply could be going there to be assessed as to whether or not you are fit or capable of, potentially, performing an employment role."

In theory, section 14(2) of the Healthcare Identifiers Act 2010 says that can't happen. Employment law bans discrimination on the basis of medical conditions unrelated to job requirements.

But in reality, there's little to stop an employer making access to a worker's health record a condition of employment-related medical checks.

"Quite simply, if the view is that it's not meant for those things, then just write the carve out into the legislative change -- it's that simple -- and then it removes all doubt," Gauld said.

All these messages are still missing an essential ingredient, however: real people.

The ADHA's messaging is full of happy ordinary Australians telling us how wonderful My Health Record will be.

Sean won't have to worry about forgetting documents during a four-hour drive to Perth. And Sue didn't have to remember her husband's medications when he collapsed at work. There's even a video.

More broadly, the well-funded medical and pharmaceuticals industries show us shiny happy people enjoying good health thanks to their technologies. Please give us your data.

Where are the counter-examples?

Privacy advocates have often been arguing in the abstract. Who cares? Technical critics have often gone down the rabbit-holes of systems architectures and privacy controls, but even toned-down technical explanations baffle real people, let alone senators.

Their claim that My Health Record could be accessed by insurance companies, for example, can easily be shot down by politicians pointing to the legislation and saying "Can't happen". A more nuanced yet concrete argument is needed.

Also read: My Health Record needs to be compared to fax-based reality: AMA

Often their arguments sound like they're against the very concept of a digital health record. Again, nuance is needed to say: "The idea is great, but how it has been set up is bad. Here's why it's bad for someone like you."

The challenge for those concerned about digital privacy is that they're up against the vast, established surveillance economy. Until now the message is that big data will solve all our problems.

It'll take coordination, and indeed a long-term strategy, to counter the all-wonderful big data utopian vision. Will that be possible?

900,000 Australians opt out of My Health Record

Individual document controls were used only 10 times during the electronic health record trial.

It's time for the Australian Digital Health Agency to take a strategic approach, but it seems it would rather fix problems 'on the fly' or just ignore them.

It's hardly an example of legislative clarity, but the proposed amendments are intended to address key privacy concerns around the disclosure of personal medical information.

Concerned mainly with the opt-out element of the contentious My Health Record, the federal opposition has said it will lead a 'comprehensive' Senate inquiry into the government initiative.

Join Discussion for: Privacy advocates have failed to engage on...