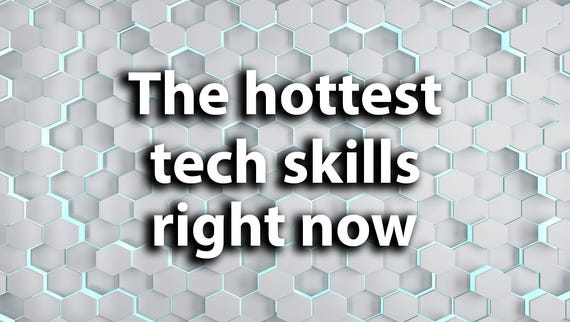 Tech jobs: The hot skills that employers are looking for
Watch Now

Ransomware is driving developer interest in cybersecurity while the Internet of Things and games development has spurred more interest in 35-year-old programming language C++, according to O'Reilly Media's 2021 learning platform analysis. However, it could the case that developers are looking at some newer languages to give them the edge.

O'Reilly, a developer-focused education content provider, creates an analysis of search terms and content modules consumed on its learning platform each year to reveal developer trends. Content usage is an aggregate measurement of "units viewed" across all forms, including online-training courses, books, videos, online conferences, and other products.

The topic of cybersecurity has grown significantly on the platform, likely as a result of the high-profile ransomware attack on Colonial Pipeline, and software supply chain attacks on customers of SolarWinds and IT management firm Kaseya.

Content usage on ransomware grew 270% over the past year, according to O'Reilly, while privacy grew 90%, identity was up 50%, and application security was up 45%

Developers building Internet of Things products and games are boosting interest in the C++ programming language. Software quality firm Tiobe has also noted a recent surge in interest in C++.

While interest in C++ did see a noteworthy rise, Python and Java still dominate O'Reilly's platform usage. O'Reilly says it has seen usage of content about Mozilla-hatched Rust and Google-backed Go "growing rapidly". Both are popular for systems and infrastructure programming. Rust in particular is being used in place of C++ to help avoid memory-related security issues. It's being used at Microsoft, AWS and Google, and has been positioned as the second official language for the Linux kernel.

Usage of content about Go is up 23% since last year, and Rust is up 31%. O'Reilly only added its first Rust content last year. Rust reached version 1.0 in 2015.

"Both Rust and Go are here to stay. Rust reflects significantly new ways of thinking about memory management and concurrency. And in addition to providing a clean and relatively simple model for concurrency, Go represents a turn from languages that have become increasingly complex with every new release," the report said.

And while Python content is the most heavily consumed, it is down slightly on last year.

Mike Loukides, vice president of Content Strategy for O'Reilly Media, said the reason for this drop could be that Python has become "table stakes" and that if you work with data, you're expected to know Python, while the ability to work with one of these other languages gives you added value.

"While we don't have salary data for platform users, we suspect the same is true. If you work on enterprise or backend software, Java is table stakes; if you do frontend development, JavaScript is table stakes. But whatever your specialty or your primary language, fluency with next-generation languages like Go and Rust gives you added value," he said.

Key topic areas with the greatest growth included software architecture at 19%, the Kubernetes container management software at 15%, and microservices at 13%.

Interest in container software – unsurprisingly, given the pace of cloud application development – was also up by 137%.

Content usage about machine learning grew 35%, but there were notable changes in specific interests within the subject. For example, interest in deep learning fell 14% while interest in neural networks grew 13%. Reinforcement learning and adversarial networks grew by 37% and 51% respectively.