Full Bio
Posted in Between the Lines on November 4, 2020 | Topic: Storage 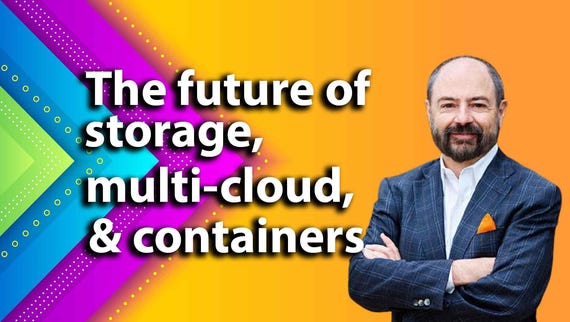 Pure Storage CEO on the future of storage, multi-cloud, and containers
Watch Now

Pure Storage said its third quarter revenue will be better than expected, announced its chief operating officer was stepping down and appointed a VMware veteran to be chief revenue officer.

The company said that its third quarter revenue will be about $410 million. Analysts were modeling $404.5 million. In addition, Pure said that Chief Operating Officer Paul Mountford will step down and leave the company at the end of the fiscal year.

Delfino led VMware's Americas sales team and held other spots at the company. Delfino's role will be boosting growth at Pure, which melds storage software and hardware with a subscription model.