Qualcomm is in talks to buy NXP Semiconductors, according to The Wall Street Journal, in a deal that could be valued at over $30 billion. 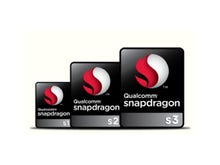 Qualcomm's grab bag of Israel R&D point to a future beyond chips Best known for its dominance of the mobile chip market, Qualcomm is increasingly turning its attention to other mobile services and products using tech developed at its Israel facilities.

The deal is expected to close in the next two to three months, according to the report, which cited people familiar with the matter.

Like with all deal talks, Qualcomm or NXP could pull out at any point.

Qualcomm could be looking to continue the consolidation, though the semi-conductor giant is said to be exploring other options as well.

We have reached out to Qualcomm and NXP Semiconductors for more.

Join Discussion for: Qualcomm in talks to acquire NXP Semiconductors:...