A Chinese court has sided with Qualcomm in its patent infringement case against Apple, ordering four Apple subsidiaries in China to stop selling various versions of the iPhone.
Written by Stephanie Condon, Senior Writer on Dec. 10, 2018 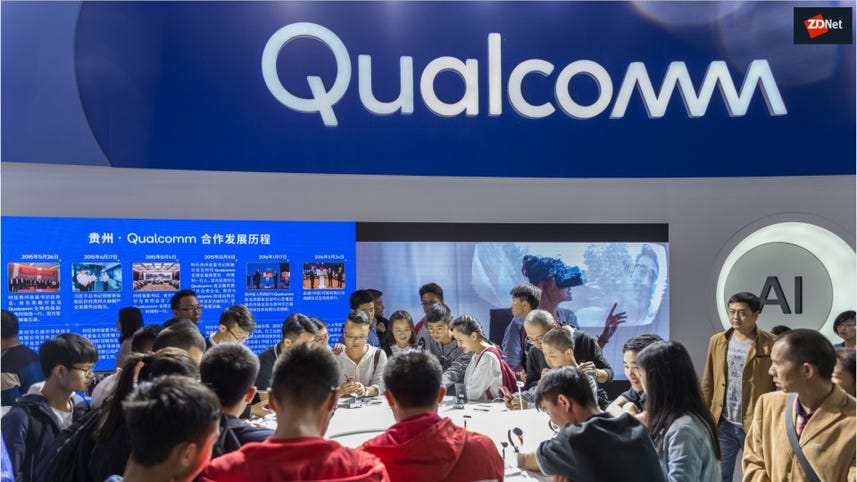 Siding with Qualcomm in its patent infringement case against Apple, a Chinese court has ordered four Apple subsidiaries in China to immediately stop selling various versions of the iPhone. The preliminary injunctions apply to the iPhone 6S, iPhone 6S Plus, iPhone 7, iPhone 7 Plus, iPhone 8, iPhone 8 Plus and iPhone X.

Specifically, the two injunctions pertain to two patents: One that enables consumers to adjust photos, and one for managing applications on a touchscreen. Both patents were previously found to be valid by SIPO, the Chinese patent office.

Apple told ZDNet's sister site CNET that it will continue selling all iPhone models in China. "Qualcomm's effort to ban our products is another desperate move by a company whose illegal practices are under investigation by regulators around the world," Apple said in a statement. "All iPhone models remain available for our customers in China. Qualcomm is asserting three patents they had never raised before, including one which has already been invalidated. We will pursue all our legal options through the courts."

Qualcomm general counsel Don Rosenberg said in a statement that "Apple continues to benefit from our intellectual property while refusing to compensate us. These Court orders are further confirmation of the strength of Qualcomm's vast patent portfolio."

Qualcomm is going after Apple on other patent infringement claims in China and elsewhere around the world. The legal saga between Apple and Qualcomm started in January 2017, when Apple filed a lawsuit that accused the semiconductor giant of overcharging for chips and withholding nearly $1 billion in contractual rebate payments.

What would Steve Jobs think of the 2018 Apple?