Rare and hardest to crack Enigma code machine sells for $437,000 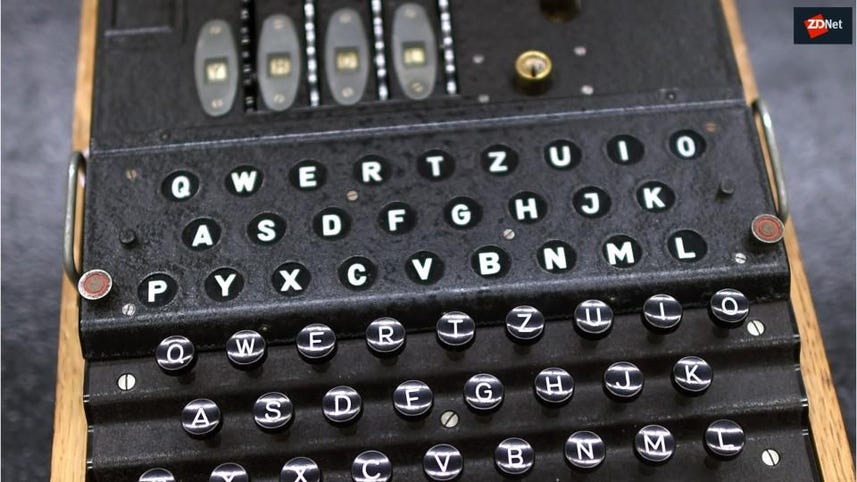 The winning bid for the electromechanical cipher machine was just above the top estimate of £300,000 expected at the auction.

As noted by Christie's, the M4 Enigma has a special place in computing history as the Allied efforts to break its encryption led to the development of the first programmable computer, the one developed at Bletchley Park that was used to secretly break the M4, giving Allied forces visibility into German naval planning during the Battle of the Atlantic until its surrender in mid-1945.

The M4 Enigmas are considered rare because they were made in smaller numbers than three-rotor machines. After Germany capitulated, the country ordered troops to destroy remaining Enigmas in order to keep them from Allied forces. After the war Winston Churchill also ordered all remaining Enigmas destroyed to help preserve the secret of Allied decoding successes at Bletchley.

The M4 Enigmas were made on the order of Admiral Karl Dönitz, the commander of the German U-boat fleet, who had concerns over repeated Allied successes against his submarines. The M4 became available to the U-boat fleet in May 1941, preventing Allies from knowing where German's U-boats were positioned for almost a year until Turing and Joe Desch in Dayton, Ohio developed the computer that broke M4 encryption to decipher German messages.

By mid-1943 the majority of M4 Enigma messages were being read by the Allies, but it was not until the 1970s that knowledge of the Allied successes against the Enigma was made public.

"The machine's use of 4 rotors, instead of 3, and the operator's ability to select these from a pool of 8 interchangeable rotors, together with stricter operating procedures, gave the M4 Enigma a much higher level of encryption," Christie's noted.

"For 10 months – a long time in war – the M4 defeated the previously successful decryption of Allied codebreakers. So confident was Dönitz in the M4 Enigma that, in his later trial at Nuremberg, he declared that the Allies could not possibly have deciphered his Enigma messages; instead he attributed the destruction wreaked upon his fleet to advanced radar and direction finding alone," it added.

SEE: A student has rebuilt the machine that first cracked German Enigma codes

Rival auction house Sotheby's sold an M4 Enigma last year for $800,000, which may have reached a higher selling price because it was one of one of 15 Enigma machines found in a bunker at Germany's key Northern European naval base in Trondheim, Norway, which Germany had occupied since 1940.

That model included the original oak case with a leather handle, a control panel with a raised "QWERTZ" keyboard consisting of 26 Bakelite keys, a lockable rotor cover to hide wheel settings, a battery compartment and 4V power socket and key, a removable light panel, as well as spare parts such as patch cables, bulbs, and so on.