The fourth update to the Red Hat Enterprise Linux 5 operating system (RHEL 5.4) features the usual performance and scalability enhancements. Among them optimisations for Intel Xeon 5500 (Nehalem) processors, similar enhancements for AMD’s Istanbul chips, plus numerous networking and storage improvements. The headline act, however, has to be an enhanced portfolio of virtualisation solutions which, paradoxically, could leave existing customers feeling somewhat bemused. 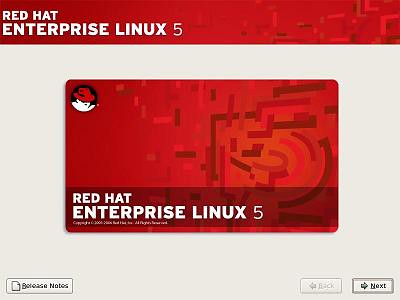 The fact that Red Hat has strengthened the virtualisation facilities in its OS comes as no surprise. But having previously backed the Xen hypervisor, the Linux vendor appears now to have switched horses in favour of KVM (Kernel Virtual Machine) as its virtualisation technology of choice.

OK, it’s not that sudden a switch. Red Hat has been talking up KVM for some time, along the way acquiring one of the original developers, Qumranet, and making clear its intention to lead with the technology. Moreover, it’s not abandoning Xen altogether. The Linux vendor has committed to supporting the Xen hypervisor until at least 2014 (it has to, in order to fulfil its commitment to support all customers of RHEL 5 for at least seven years) added to which Red Hat sits on the Xen advisory board and will continue to contribute to its further development.

The answer is partly technical, partly commercial. As the name implies KVM is implemented as a kernel module, making for simpler deployment and implementation. Claims are also made for its reliability and performance, plus it’s part of the SolidICE Virtual Desktop Infrastructure (VDI) product, another part of the Qumranet acquisition, which Red Hat will be incorporating into its Enterprise Linux platform.

On the commercial front Red Hat is keen to differentiate itself from other Linux vendors, such as Novell, which lead with Xen virtualisation. It also needs to respond to what Microsoft is doing with Hyper-V, with Red Hat proposing to deliver KVM both as part of the RHEL OS and standalone in the form of a product called the Embedded Linux Hypervisor.

Whether this strategy will have the desired effect remains to be seen. But it’s worth pointing out that Red Hat is still seen primarily as a Linux OS vendor and enterprise customers will need a lot of persuading to give up established solutions such as VMware in favour of what Red Hat and KVM have to offer.