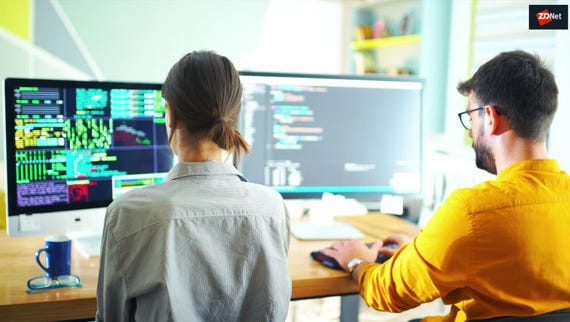 After Redis Labs added a new license clause, Commons Clause, on top of popular open-source, in-memory data structure store Redis, open-source developers were mad as hell. Now, instead of just ranting about it, some have counterattacked by starting a project, GoodFORM, to fork the code in question.

Also: Why Redis Labs made a huge mistake when it changed its open source strategy TechRepublic

The two developers behind this, Chris Lamb, the Debian Linux project leader, and Nathan Scott, a Fedora developer, explained:

"With the recent licensing changes to several Redis Labs modules making them no longer free and open source, GNU/Linux distributions such as Debian and Fedora are no longer able to ship Redis Labs' versions of the affected modules to their users.

As a result, we have begun working together to create a set of module repositories forked from prior to the license change. We will maintain changes to these modules under their original open-source licenses, applying only free and open fixes and updates."

They're looking for help with this project.

The Common Clause sub-license forbids you from selling software it covers. It also states you may not host or offer consulting or support services as "a product or service whose value derives, entirely or substantially, from the functionality of the software." This is expressly designed to prevent cloud companies from profiting by using the licensed programs.

As Redis Labs' co-founder and CTO Yiftach Shoolman said in an email, the company did this "for two reasons -- to limit the monetization of these advanced capabilities by cloud service providers like AWS and to help enterprise developers whose companies do not work with AGPL licenses."

Be that as it may, Bruce Perens, co-founder of the Open Source Initiative (OSI), thinks Redis Labs could have handled it better. Perens wrote, "Once the Commons Clause is added, it's no longer the Apache license, and calling it so confuses people about what is Open Source and what isn't. ... Stop it."

Lamb added in an e-mail that Redis Labs' use of the Common Clause made it impossible to use their programs. Thus, their forked replacements under the old license. "We are committed to making these available under an open-source license permanently, and welcome community involvement."

In an e-mail Ruiz expanded:

He understands that they're trying to stop SaaS [Software-as-a-Service] companies to sell software which uses their modules, but wonder if there aren't other types of licenses which might fit better in this scenario."

Ruiz also added that prior to announcing its moving some of its code under the Common Clause. Redis Labs had asked him to sign a Contributor License Agreement (CLA), which granted the copyrights and patent rights of their contributions to Redis Labs.

Ruiz commented, "It seems such a great coincidence that they introduced the clause in the CLA right after ensuring they have all the rights on the contributions made to the projects, ensuring that anybody can claim for rights on that software."

The struggle between open-source developers and Common Clause adopters is on.

Join Discussion for: ​Redis Labs and Common Clause attacked where...