Video calls have become a vital tool for business. But a few tweaks can make them more effective.
Written by Mark Samuels, Freelance Business Journalist on July 20, 2020 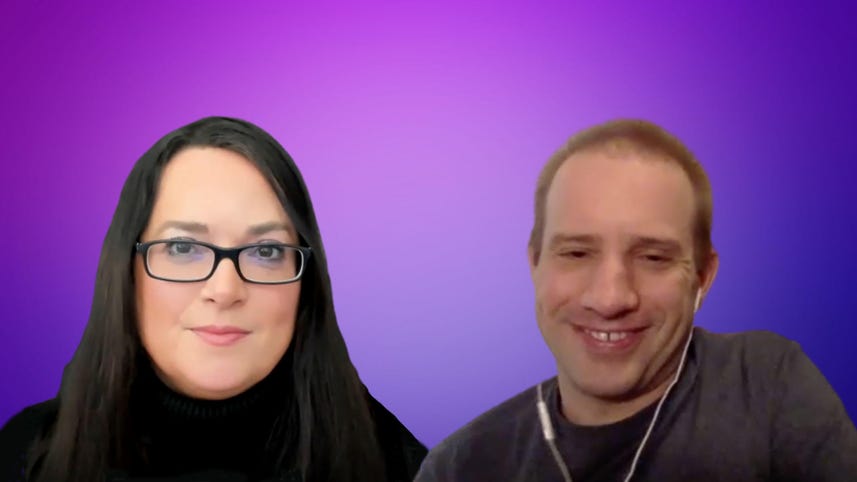 Social distancing means it's more than three months since Avon International's Nick Burton last worked in his firm's head office. But because of video-conferencing, he says he's never felt more connected to his team – even though he works from home.

"I feel like I've got used to a new normal," says Burton, who is chief information and digital officer at the beauty brand. "Getting back to a new balance once all this is over will be interesting. I think it will be different to how it was before."

So, what lessons has he learn from this work-from-home experiment? Here are four ways Burton believes that CIOs can use video meetings to keep teams connected while working from home.

Burton has used video-conferencing technology to establish an online form of IT leadership. It's not necessarily been an easy transition. Even though he's used to taking part in video conferences as part of his role as a global CIO, Burton says the proportion of his days spent on video calls has been "extreme and tiring".

Like other CIOs, Burton has spent the majority of his working day during lockdown on video-conferencing calls – and like his peers, he says it's a struggle to get the balance right. Other IT leaders talk of spending the whole working day in back-to-back meetings. When the video calls stop, the catch-up on normal day-to-day work begins, often late into the evening.

Yet Burton says there are also big positives to this new way of working. For a start, the heavy use of video meetings is the main reason why he now feels like a more connected leader. Being socially distant means you have to think very carefully about how you communicate with people, something you might have taken for granted before lockdown.

The IT team has had to apply and then manage more changes to Avon's systems on a per-week basis during lockdown than ever before. Yet despite being geographically separated, the stability of the firm's systems is the best it's ever been. Burton says video meetings have been a key part of "a relentless focus on quality and a real partnership" with Avon's line of business departments.

"The team's been amazed at what we've done together and I'm really proud of what they've done," he says.

2. Use video updates and virtual drop-ins to keep people connected

Burton has had to be very clear about where his IT team focuses its efforts due to the demanding workload they've faced. He started putting in place much more frequent updates, recording five-minute videos explaining what was happening, and being clear about what the priorities were.

He also started running virtual drop-ins, with no set agenda. Burton created a set time in his diary to be online, where anyone in his team could drop by and ask questions. This approach meant he was able to be in virtual contact with more people than if he been in the office.

"There's lots more opportunities to be connected that take no more time than I would have spent talking with a limited group of people in the office, but now I'm able to do it online with several hundred people. And it's a level playing field – there's no longer a geographic proximity driving how much I'm able to communicate with people," he says.

SEE: Digital transformation: Keeping e-commerce moving even when everyone is stuck at home

Burton recognises he could have used video conferencing in this way before lockdown, but remote work has made Burton think carefully about how they his team connects and collaborates.

"It's opened up this new train of thought amongst the team, that we can do stuff quickly if we approach it differently; we can break through all the debates and the politics that typically comes in a global organisation if we just align," he says.

3. Recognise that not everything is a video call

Crucially, people are now getting used to this new socially distanced way of working. The reliance on almost-constant video chats is beginning to reduce and, rather than just thinking of day-to-day operational concerns, people are beginning to plan for the future.

"If I look at my diary, I think that probably about 60% of my normal working time has got calls or meetings in it now, whereas in previous weeks, it was solid," says Burton. "We're much more focused on what we're now going to need as we come out of this."

Burton says these plans include helping the business to build its e-commerce operation and to support new ways of selling to the firm's clients, including through digital brochures. Yet whatever direction the business takes, one thing is certain – working life will not return to how it was before lockdown.

SEE: Return to the office: Now CIOs face their next big challenge

"Personally, I will spend a lot less of my time commuting into the office – forever, now. I had a lot of days when I would spend an hour and a half on the train and then spend most of my day on Teams calls and video conferences anyway," he says.

"People have had extra time through not commuting and we've seen the impact of everybody being aligned on a clear set of priorities. That really comes from everybody feeling very connected to what we're all trying to achieve together."

4.  Understand where video works - and the role of the office

While some are already arguing that we won't need offices because teams have proved they can work from home, Burton is unconvinced and says that the office will still hold a crucial role in effective working practices. However, video-conferencing technology has helped Burton and his team to develop a more connected form of IT leadership – and it's one he intends to keep.

"I think we do need places that people can come together for specific things; there are certainly things that would have been easier to do face to face, particularly when you're trying to design products and services. There are particular activities that lend themselves to being in the office, but it doesn't need to be the norm," he says.

Digital Transformation
Feeling burned out? Your boss is probably more likely to quit than you are