Full Bio
Posted in Between the Lines on October 6, 2011 | Topic: Apple

Apple has had an effort underway to replicate Steve Jobs' approach and way of thinking about products as a way to continue the company's culture. Now that effort to carry forward Jobs' corporate DNA will be put to the test.

For the last three years, a group inside Apple has focused on replicating Jobs' approach and vision. The effort, which has taken on increased importance in the last year, is run by the former dean of the Yale School of Management, Joel Podolny. Podolny joined Apple almost three years ago and started Apple University, an internal training program modeled after a similar effort at Pixar.

Podolny's background appears to be uniquely suited for Apple's task at hand. According to The Harvard Crimson, Podolny taught in the organizational behavior at Harvard and then left to take the reins of Yale’s business school.

Meanwhile, the LA Times reports that Jobs himself had been planning this effort. The effort, dubbed Apple University, aims to teach employees how to think like Jobs. In other words, the man who thought different was behind an effort to teach a company to think that way.

"Steve was looking to his legacy. The idea was to take what is unique about Apple and create a forum that can impart that DNA to future generations of Apple employees," said a former Apple executive who spoke on the condition of anonymity to preserve his relationship with the company. "No other company has a university charged with probing so deeply into the roots of what makes the company so successful."

Other companies have tried similar efforts with varying degrees of success. For instance, Wal-Mart is carried forward by Sam Walton's values of low pricing. Wal-Mart lists various Walton values as its guiding principles. IBM refers to Thomas J. Watson as it celebrates its 100th anniversary. Ford carries some of Henry Ford with it and there's a heavy dose of Walt Disney every time you visit Disney World. Many companies have varying degrees of founder DNA. 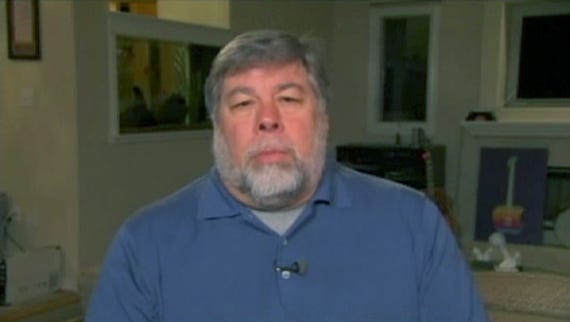 Management experts noted that what Apple is trying to do is admirable, but extremely difficult. Saikat Chaudhuri, a management professor at the University of Pennsylvania's Wharton School of Business, said Apple's success will depend on whether it captured the process Jobs used and codified it. "Jobs had the ability to read technology, the market and then integrate offerings for people. He then was able to charismatically convey to people that they needed these devices," said Chaudhuri.

"How will a system do that?" he asked.

Since Apple is quite secretive it's unclear what systems, processes and management training techniques the company is using.

Chaudhuri noted that the challenge for Apple is moving the Jobs way to a team of people while retaining the spark of ideas needed to see the future. The Wall Street Journal pointed out that Apple designer Jonathan Ive, a man who reportedly shared a brain with Jobs, will be critical to carrying the company forward. Even if you share a brain with Jobs, Apple has a difficult task ahead. "It's very hard to capture Jobs' knowledge and codify it so an organization can replicate it," said Chaudhuri.

In fact, replicating Jobs might be ruled out as impossible if Apple's former leader was leading the charge. Traditionally, transferring institutional knowledge has been difficult because individuals don't want to cough up their knowhow. "Unless Jobs helped nurture this move himself it's going to be tough for Apple to replicate," he said.

Time will tell. It will be years and many product cycles before we know whether Apple's work to teach its employees to think different paid off.