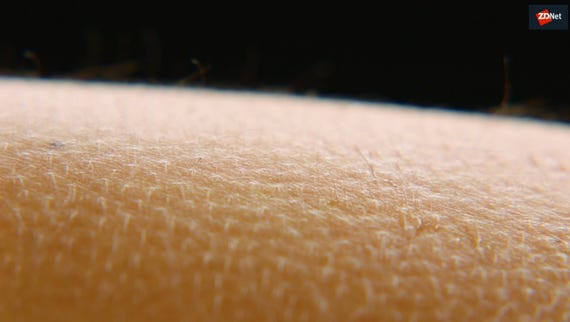 No more biopsies: Top research team working on a camera that sees through the skin
Watch Now

An interdisciplinary effort is underway to develop a camera that can see through human skin.

Led by Rice University, the five-year, $10 million program is sponsored by the National Science Foundation. The aim is make it easier for doctors to diagnose and monitor a wide variety of health conditions.

The project hinges on the use of powerful sensors and new computation methods to capture and interpret light that penetrates the skin but scatters off internal tissues and anatomical structures.

"Bioimaging today enables us to see just a few millimeters beneath the skin," says Srinivasa Narasimhan, a computer vision researcher and professor in the Robotics Institute at Carnegie Mellon University, which is participating in the cross-institutional collaboration. "We'd like to go five to ten times deeper. With every additional millimeter we go, this technology becomes more useful. We hope that eventually it might reduce or eliminate the need for biopsies."

In addition to Rice and CMU, participating research institutions include Harvard, MIT, and Cornell.

The underlying science behind the effort is known as "computational scatterography." While that may sound like a field a third grader would make up, it's of growing interest to computer vision and medical imaging researchers.

Most light that passes through the body is scattered, rendering it largely useless with current medical imaging technology.

You can see the effect by placing your index finger over your cell phone's flashlight. Light is clearly coming through your skin and soft tissue, but it's no longer a nice beam.

That scattered light could be extraordinarily dense with information, however.

By tracing the paths photons take before they reach the lens of a camera, computational scatterographers (that, I'm pretty sure, is a word I did just make up, but I'm sticking with it) are betting they can descatter light, rendering a detailed image.

Similar efforts have been used by researchers at CMU to see through fog, snow, and heavy rain, for example, pointing to possible applications in navigation and self-driving technology.

Among the diagnostic uses for a camera that can see through skin is to test white blood cell count. Currently, WBC tests require a finger prick or blood draw. Millions of WBC tests are given to chemotherapy patients each week.

"Imagine a wearable device no larger than a watch that uses sensors to continuously measure white blood cell count and wirelessly communicate with the oncologist's office," says Ashutosh Sabharwal, professor of electrical and computer engineering at Rice and the principal investigator on the grant. "The patient could go about their daily life. They'd only have to go to the hospital if there was a problem."

That's just one application. The implications of being able to peer beneath the skin with a safe, non-invasive technology are broad, as Sabharwal points out.

"If we succeed, this isn't just one product," he says. "It's a platform technology that will be able to spin off into many products that can be used in the care of nearly 100 health conditions."