Researchers discover how to turn plastic trash into electricity

Northeastern University researchers vaporize and burn plastic to create electricity. Pipe dream or a way to alleviate both landfill and energy woes?
Written by Melissa Mahony, Contributor on May 17, 2010 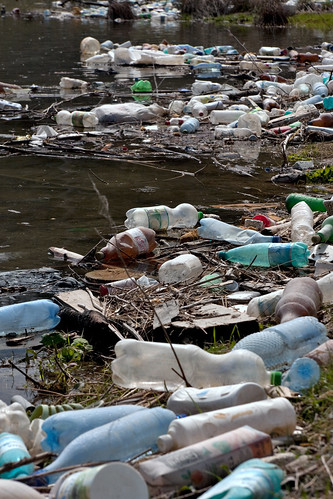 You don't have to swim through the Pacific Ocean's infamous garbage patch to know that human civilization has a plastic problem. A dip in the Gulf of Mexico right now also isn't necessary to realize our energy troubles.

If only we could solve both issues at once, kill two birds with one stone (only in this case the birds wouldn't die, choking on plastic or floundering in oil). Instead a ubiquitous throwaway material would supply some of our energy needs.

Students at Northeastern University hope to achieve just that. They've developed a device that converts plastic to electricity.

The waste combustor processes non-recyclable plastic within two tanks. The top tank converts the plastic to gas through pyrolysis. The gas then travels to a lower tank, where it is burned to generate heat and steam. The steam powers a turbine to produce electricity.

Leading the research project is Yiannis Levendis, a professor of mechanical engineering. Levendis is examining ways to tweak the vaporization of plastic in order to reduce any harmful emissions that are released when burning the resulting gas.

Levendis says in a statement:

The inspiration behind my research is the quest to develop clean, cost-efficient power sources in the face of dwindling fossil fuel reserves. It will also help get rid of unsightly, non-biodegradable plastic waste that cannot be recycled.

The MIT Energy Conference in March featured a prototype of the device. According to the researchers, the combustor could be scaled up for use in a power plant. Ideally, with a recycling plant just next door. This would obviously take a lot of infrastructure adjustment. But with the speed at which plastic biodegrades, we have a lot of time.

I'm not sure how much electricity a single plastic bottle or say, all the plastic floating in the Great Pacific Garbage Patch might generate. But for the plastic power idea to ever reach its full potential, we'd still need to get folks to stop throwing trash overboard, on the beach, in the gutters, and out the car window.