Retailer or future unicorn? Ocado's business model still has many promises to keep

Created 20 years ago with the ambitious goal of revolutionizing the online grocery market, Ocado now sees itself as a tech company rather than a retailer.
Written by Daphne Leprince-Ringuet, Contributor on Nov. 20, 2019 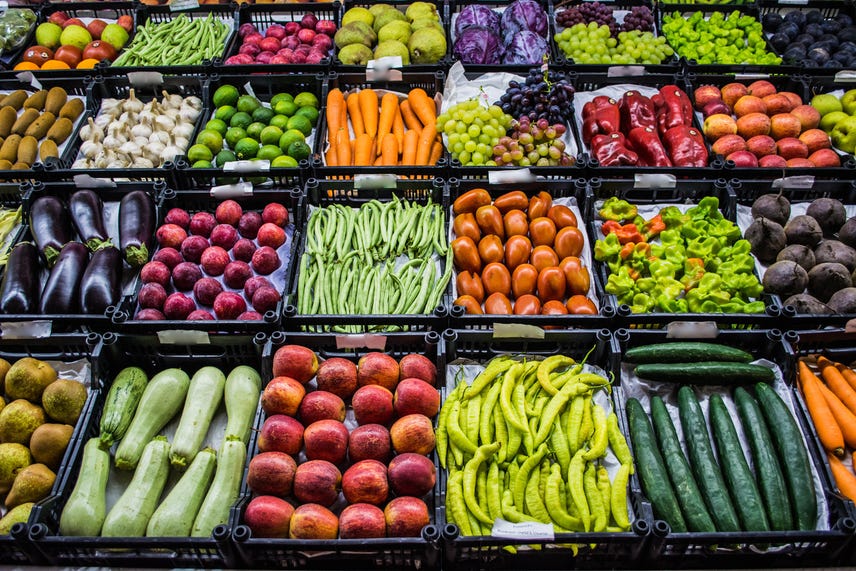 In the UK, it is no longer a rarity to spot one of Ocado's colorful vans roaming city streets, bearing giant displays of groceries – an itinerant advert for the apples, oranges, raspberries and other fresh items the company promises to deliver straight to your door.

Now nearly twenty years in the making, Ocado was elevated to the FTSE 100 in 2018 and saw at the same time its market cap value balloon to £6.1 billion. Since then, it has signed no less than five international deals, with retailers ranging from Marks & Spencer in the UK to the gigantic US supermarket chain Kroger.

And so, opening Ocado's full-year results at the start of 2019, CEO Tim Steiner emphatically declared that the company is "an 18-year overnight success".

There's another key statistic; the same year, the company made almost £45 million net loss. What's more, since it was created in 2000, Ocado has only achieved pre-tax profit twice. Ocado argues that the nature of its business differs from traditional retail; in fact, the company rather speaks of itself as a "technology company". The investment is all in innovation.

Alex Harvey, general manager for automation and embedded systems at Ocado, told ZDNet: "We set out with the mission to change the world of grocery shopping, and in the early days we focused on being a retail company."

"Very early on, though, we realized that the adoption of tech was incremental to building our offer. This is why tech has always been in Ocado's DNA – and why it is our main business now, instead of retail," he said.

Back in 2000, former Goldman Sachs bankers Jonathan Faiman, Jason Gissing and Tim Steiner launched the concept of Ocado as an "online grocery retailer", or e-tailer, doing home deliveries from large warehouses rather than physical chain stores.

The founders understood, when they started trading with Waitrose in 2002, that what sounded like a good idea in reality proved to be a logistical mountain to climb.

To get customers to use the platform, they would have to deliver groceries quickly, reliably and at an attractive price point. Except groceries are complex to work with: they are perishable, they can require special care, they need to be left in various different temperature zones, and so on.

So, where Amazon could stuff vans with books and not give it a second thought, Ocado had to anticipate that when a customer ordered a bunch of bananas, they wouldn't get squashed under milk cartons.

To make it work, Ocado's founders needed a new system. And since no one had built a grocery e-tailing business before, they decided to come up with the technology for it in-house: a new division, dubbed Ocado Technology, was born.

The company made an ambitious bet. It decided to build massive regional warehouses, which were deemed more productive, rather than small, local facilities.

Being closer to Ocado customers would have meant faster delivery, by following a model similar to traditional supermarkets' home delivery services like Tesco's and Sainsbury's.

But instead, the e-tailer created large "hive-like" structures where groceries are stored in crates, over which dishwasher-sized robots coordinate in swarm-like behavior to collect and move items.

Travelling between 31 and 37 miles a day, the robots incessantly pick and mix, controlled by a central system powered by artificial intelligence. It takes them on average five minutes to pick a 50-item order, which they then hand over to human employees to pack into bags.

The warehouse is just one part of what the company calls the Ocado Smart Platform (OSP), which also includes end-to-end software systems to operate an online retail business from start to finish, whether that is running an e-commerce website or managing routing for delivery vans.

OSP is the technology that the company is banking on to generate profit now, more so than delivering groceries. The platform is effectively what Ocado sells to retailers like Marks & Spencer or Kroger, businesses that want to go online but require a third party to implement a delivery service for them.

"We can provide all the back-end technology for what we offer," said Harvey. "Now, we can be a platform provider for international retailers."

Thomas Brereton, food and grocery analyst at GlobalData, told ZDNet that there is no doubt that Ocado's OSP is an innovative concept.

"Their model is very interesting, and it is all about differentiating themselves from other online providers," he said. "They'd rather be known as a worldwide fulfilment solution than a UK supermarket."

The latest deal the e-tailer signed with Marks & Spencer will pour £750 million into the business, money which Ocado is likely to further invest into the technology division, rather than the retail division, said the analyst.

To call Ocado a full-blown technology company, however, is a bit of a stretch: Brereton noted that the company's retail business still currently generates over 10 times as much revenue as its technology division does.

And yet, Ocado's shares are valued like a Silicon Valley-based unicorn – much more than like a supermarket.

Ocado's focus on its technology "solutions" has evidently fueled analysts' confidence that it will deliver on its promises. But the company may have pushed expectations a bit too high – especially in light of its stubborn inability to generate profit.

Last month, investment firms J.P. Morgan and Jeffries raised doubts about some aspects of the e-tailer's business model. They wrote in a joint note that Ocado's then £9 billion valuation was "stretched" and re-evaluated the business at about 40% of its share price.

J.P. Morgan added that the company's previous valuation had been based on "potential" new signings with retailers, or on the prospect of new warehouses contracted for existing clients.

But to justify Ocado's market price, at least 126 new facilities would have to be built. In comparison, the company's deal with Kroger, for instance, was for 20 warehouses.

"We do not see risk/reward as compelling and scope for outperformance appears limited," said the note.

Brereton, for his part, said that while Ocado's concept is promising, the company's strategy carried some uncertainty. "Before they carry on with the next wave of investment, they need to start seeing some return," he said. "It's only so sustainable to be making a loss."

For him, the way forward is to refocus some efforts on customer service for users of the company's retail business.

Automation in the warehouse and innovation in OSP are all impressive feats, he said, but to the customer, the end service is still pretty much the same as any other supermarket.

"Orders are not delivered particularly fast," he said. "From the consumer's perspective, it's not like Ocado is doing anything spectacular."

In the UK, the e-tailer has 721,000 active customers; about 14% of the UK's online grocery market. Its share of the same market worldwide falls to 1%.

SEE: Coles brings in Ocado to get serious about online grocery shopping

The analyst argued that before building "flashy" new technology, therefore, Ocado should work on customer relations to increase its penetration of the market and start generating revenue.

Instead of refocusing efforts on retail, though, the company seems to be on its way to implementing ever-more innovative technology. It is involved, for example, in a research project called SOMA to improve robotic picking of fruit and vegetables.

An Ocado spokesperson explained that the investments are all in the purpose of improving the warehouse's productivity, and ultimately the efficiency of customer service.

"Delivering a grocery service online with sustainable economics is incredibly difficult," said the spokesperson. "We are investing heavily in (the business). Of course it doesn't make money yet… But our shareholders want us to create value for the long term. It has taken us a long time to get this right. There are no shortcuts."

For these reasons, the company's still sees itself as "a twenty-year-old start-up". But twenty years is indeed a long time. Perhaps the moment has come now for Ocado to enter the next stage.