Technology has been crucial in helping to transform the world-famous news agency Reuters into a more cost-effective global business running on simplified, standardised systems and open technology. In this latest CIO Vision Series interview, Reuters CIO David Lister talks about the continuing consolidation of the IT infrastructure, virtualisation, smarter working and being a 'paratrooper'...
Written by Andy McCue on Nov. 12, 2006 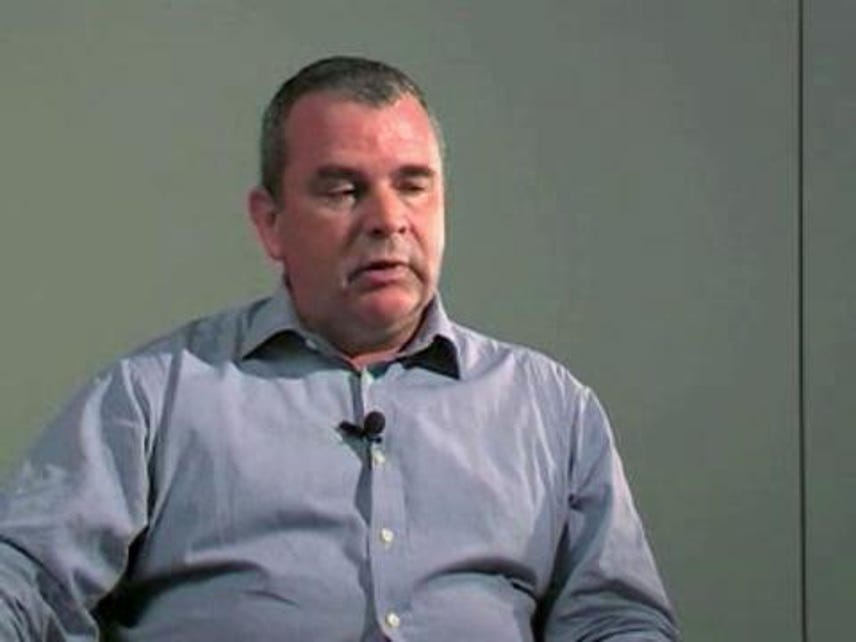 International news agency Reuters has almost 3,000 journalists and photographers in 130 countries, filing two and a half million stories a year.

Yet more than 90 percent of Reuters' revenue actually comes from its financial information business, which provides services to 330,000 financial professionals in various markets. Technology plays a key role in this multimedia and electronic trading arena that it operates in.

Q: You joined Reuters in the middle of the Fast Forward transformation project aimed at simplifying the business. What role has technology played in that program and what progress has been made to date?
Lister: It was essentially about saving the business and we put in an enormous amount of effort into saving costs. Many of the things we have done in terms of moving from a highly decentralised organisation to a global business ... have been enabled by some of the things that we have been able to do in standardising systems, consolidating systems and putting in place a global infrastructure ... to allow anybody to operate in exactly the same way in any office around the world as part of one team. We've still got a long way to go but in terms of doing the essential things we have to do, to play our part in that change program, it has brought us on a long way.

With all the focus on consolidation and simplification and cost savings, how do you go about funding new technology investments and what areas are you looking to target?
Lister: We start from a position where we still do have a large degree of fragmentation in the business and our infrastructure is run by and large on a local office basis and I think we're in a position now where we can start to bring the benefits of virtualisation and operational automation, where we can bring remote management and far higher degrees of standardisation to our infrastructure to really make some quite dramatic changes.

Last year, Reuters moved from its traditional Fleet Street home to these brand new offices here in Canary Wharf in London's Docklands. What new technologies and ways of working have you been able to introduce as part of that move?
Lister: The fundamental rationale behind the move was basically to bring together lots of disparate offices we had in Central London into a single location as part of creating that global business. By doing that, we've been fairly innovative with the way in which we've used technology -- by introducing wireless networking, VoIP, smart working -- whereby we allow our people to be flexible around this building, but just as importantly, to be flexible in where they connect and how they connect to the services we have, giving people broadband connection and allowing a very simple interface into our core systems.

Some people have tagged you as a paratrooper CIO, coming into organisations on a mission to lead a big transformation or change project and then moving on to your next mission. What are some of the challenges, advantages and attractions of coming into an organisation like Reuters and having to lead and drive through that change?
Lister: One of the big attractions is the scale of opportunity. You also have a different starting position -- you arrive relatively free from bias and pre-conceived ideas about what should be done or what has to be done. I think another characteristic of the role is to be able to move quickly to envisioning where you want to get to, to focus on quality of people, the skills that you'll need to get there and then to really work with that team you've recruited to both articulate into the business the advantages about where you want to get to, but also to drive pace through making sure that you get along that path as quickly as possible.

Reuters has something of a devolved IT department with many of the techies embedded within the business units. What was the thinking behind that and how's that been received on both sides?
Lister: We've moved our product development capability as close to the business units as we can put them on the basis that it's exactly where they should be. In parallel with that, we've been also looking at the things that you should consolidate and unify, ie putting them in one place, and maximising the value of that. So within our internal organisation we've actually gone through a period of consolidation and integration. We now have one global IT team -- they operate problems and incidents 24 hours a day, seven days a week. They pass incidents around the world in a sort of "follow the sun" support model.

You're a chief information officer in an information business but more generally, how do see the role of CIO evolving in the future?
Lister: I think the next step is actually about how do you help businesses grow and how do you help organisations innovate around that. The difference between the traditional IT director and the CIO ... is that CIOs should focus on growing, innovating, enabling, helping the business exploit opportunities as they come forward. To do that you have to be very focused, not on the IT agenda, but the business agenda -- making sure that the business strategies and plans are fully informed by the potential of IT. We're actually not precious about technology for technology's sake -- we're precious about making sure that technology really delivers what the business needs.