Welcome to B-school. As your first business school assignment, I'm going to give you a case to consider, and a paper to write. Imagine you run Alphabet, a massive, multi-bajillion dollar tech company (the parent of Google). You regularly acquire promising tech innovators.

Our case study involves what happens when you acquire an innovator with baggage. Let's say you acquire Nest, a company that offers some promising Internet-of-Things home automation products, like a smart thermostat. That opens the door to smart energy, a great growth market. 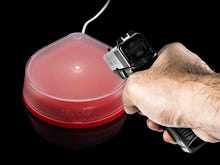 Nest killed its smart home hub What rights do customers have?

But let's also say the company you acquire has some problem children. One such problem child is a smart hub made by Revolv. We don't need to be specific about what makes it problematic. It could be too costly to produce. It could be unreliable. It could just be a poor fit for our future plans. The bottom line is that keeping that product going is not the best use of our resources and time.

The easy B-school answer would be to dump it. After all, it's a good business trope that you jettison everything that's not contributing to the corporate mission. But here's the rub. This product, the Revolv hub, comes with a customer base that counts on it working. It, quite literally, controls their homes.

If you turn off everyone's Revolv, you're turning off their homes. They can't turn on lights, they can't unlock doors, they can't even control the smart thermostat you do want to be part of your product offerings.

Let's complicate this assignment one more level. After all, you're in grad school, so you know nothing is just black and white. When people bought the Revolv product, they were promised what was called a "lifetime subscription."

To Revolv's founders, it must have seemed like a safe and easy marketing technique. Some other Internet-of-Things vendors were using the decades-old home alarm company model, plastering additional monthly usage fees and per device fees on everything they did. So if Revolv just sold a good device, and left off the fees, then they'd have a clear and compelling advantage over all the other vendors who were nickel-and-diming consumers to death.

But now you have to figure out what to do with Revolv. Normally it would be an easy dump and move on. But Revolv's customers are the early adopter/influencer consumers you'll be selling to and relying on to influence other buyers for decades. They're being left high and dry after they've had some kind of implied lifetime of use promised to them.

Killing Revolve would be messy

Or do you want to practice the tough love that has been a Google hallmark for years and dump the darlings that just can't keep up? After all, Google Reader was beloved by some. Google Health had some promise. Orkut was hugely popular, at least in Brazil. Knol planned to take on Wikipedia, but lasted all of four years.

If your company is going to make innovation and experimentation part of its practice and its DNA, it has to be allowed to fail.

If you can't innovate, you stagnate

Okay, fine. Kill Revolv. Most of your users will bitch, but you've had bitching users and customers since the very earliest days.

You can't be in the tech business and not have something of a thick skin. Even when you do everything right, even when you give away previously expensive services for absolutely free, users will still find something to complain about.

As you prepare your paper for this class, keep in mind these conflicting challenges. Be careful and do your homework.

For example, points will be deducted if you claim that the Consumer Product Safety Act [PDF] protects buyers from the end-of-life of devices like the Revolv. The CPSA is designed to protect consumers from devices that pose an unreasonable chance of injury or death.

So, while you could get hurt falling off a bicycle, a bicycle isn't in violation of the CPSA. If you sell a bike with faulty materials and you do so knowingly, then you're in trouble. No matter how much not being able to turn on lights with the same device that controls your thermostat is an annoyance, it's not something subject to the CPSA. The Federal Trade Commission will not take the issue seriously since it's not even remotely life-threatening (weird edge cases notwithstanding). So don't include it in your paper.

The question of warranty

I'll also take points off if you dive too deep into the whole warranty thing, at least without doing your reading. Revolv's warranty is no longer online, but if you're a good researcher, you might find it on archive.org. Reading it tells us Revolv promised to accept returns for only limited reasons, and only for the first 30 days after purchase. Since sales on the Revolv hub ended far before yesterday's end-of-life, the actual warranty provides no benefit to consumers.

If you want some extra credit, you can dive a little deeper into the idea of an implied warranty, especially for lifetime warranties. A good place to look is FindLaw's Consumer Warranty Basics page. But even here, you'll see that "lifetime" is an amorphous term. In consumer products, lifetime can often be legally construed as the market life of a product. Further, while Revolv offered lifetime service, they did not offer a lifetime warranty.

One of your fellow students did some Googlefu and found Revolv's support site. While the main Revolv site is down, the support site still offered this explanation of a lifetime subscription:

It's worth considering that statement. While it's open-ended, most courts tend to ignore consumer-languaged support information when there's an overriding end-user license agreement. Such a EULA exists for the Revolv, so if you were going to argue for keeping the service running because of that one statement, I'd have to take points off your paper.

Once you've looked at this particular issue, the dropping of Revolv from Google's product line, I'd like you to end your paper with a discussion of what the cycle of innovation and end-of-life means for large tech companies overall.

Clearly, not all consumers understand the risk of buying products from startups. For example, as Kickstarter has grown, one of the problems has been that backers think of themselves not as investors, but as purchasers. They don't really understand that they're giving money to help give birth to a company, but instead think that they're paying to buy a product.

Even so, most seasoned technology consumers do understand that buying a product from a small, newly funded company comes with some risks. They know the company making the product may not survive or may be purchased by a larger company.

That's what happened with Revolv. The company was originally called Mobiplug. It was one of the projects of the startup accelerator TechStars. In 2012, the company received $2.7 million in Series A funding. By August 2013, it changed its name to Revolv. Then, in 2014, Nest (which was then part of Google) acquihired the Revolv team and shut down the product line.

So, to be fair, Revolv users had almost two full years to come to terms with the fact that their product was being discontinued. While most users were left hanging, Nest did announce that they were "there to help" for some users.

As for your paper, what I want you to do is consider this question of innovation and failure. When a company like Google wants to go all-in on innovation in areas that are intimately tied to consumers' lives (like self-driving cars), does it have a responsibility beyond the natural life of the product to support customers?

Microsoft has been dealing with this problem for years as it has tried to migrate its user base off of the very insecure Windows XP to Windows 7 and then from Windows 7 to Windows 10. Many users are unwilling to migrate, but does that mean that Microsoft has an obligation to provide support years and product generations after they've moved on?

From a business school perspective, I hope you say "no." I hope you make the case that companies need to innovate and must also have the option to discontinue efforts no longer practical or appropriate for their future directions.

But I also want you to consider what happens if this practice of new product introduction, mass adoption, and then rapid end-of-life resulting in stranded consumers becomes epidemic. What if the problem extends well beyond the early adopters and tech enthusiasts who bought Revolv and starts to impact vast tracts of consumers? Will we start to see legislation that augments current consumer protection law, effectively mandating companies retain the infrastructure to provide service?

This, if you recall, was one of the arguments at the core of the Apple/FBI dispute over the iPhone used by the San Bernardino killers. Could the government effectively draft private citizen engineers, forcing them to do work they did not want to do?

If regulation forces companies to sustain products and services beyond their reasonable life span or penalizes companies for taking risks on innovation, what chilling effects could that have on both our economy and the pace of innovation in technology?

For further reading on Revolv (and how European consumer protection laws might impact U.S. companies), I recommend you check out Jason Perlow's piece, Nest killed its smart home hub: What do they owe customers? He also extends the question to what impact further breakdowns in trust in the IoT space will have for overall Internet-of-Things adoption and trust in the viability of IoT solutions and their vendors.

It's a lot to think about. Write it up. I look forward to reading your essays in the comments below.