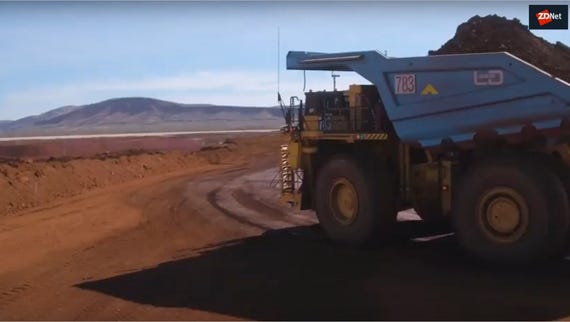 Rio Tinto has completed the rollout of its automated rail network in the Pilbara, Western Australia, which is the first heavy-haul, long distance autonomous rail operation in the world.

The mining giant gained approval from the National Safety Regulator in May to test its autonomous fleet of trains in Western Australia and conducted its first automated mine-to-port delivery of iron ore in July.

Since completing its first delivery of iron ore via the AutoHaul project in July last year, the mining giant has steadily increased the number of autonomous journey across its iron ore operations in Western Australia.

According to Rio Tinto, over 1 million kilometres have been travelled autonomously throughout the duration of the AutoHaul project.

Rio Tinto began implementing automation into its business over a decade ago, at the time introducing fully autonomous haul trucks as one of the first steps in its Mine of the Future program.

Currently, the AutoHaul project uses about 200 locomotives on over 1,700 kilometres of track to transport ore from 16 mines to four port terminals in the Pilbara region. The average return distance of these trains is about 800 kilometres with the average journey cycle, including loading and dumping, taking about 40 hours, according to Rio Tinto.

The trains are fitted with AutoHaul's on-board cameras that are used by the company's operations centre to constantly monitor train activity.

All public rail crossings on the network are also fitted with CCTV cameras that meet industry safety standards.

"Rio Tinto has led the way in automation and has been on this journey for more than a decade. We've successfully managed the challenges and opportunities that automation technology presents and have a track record of reskilling, upskilling, and redeploying our people," Rio Tinto Iron Ore chief executive Chris Salisbury said at the time of the announcement.

Rio Tinto said it has achieved the milestone as it works towards completion of its AutoHaul project by the end of this year.

The public finally saw the Boring Company's Los Angeles hyperloop tunnel this week, but questions about the potential of this transportation system remain.