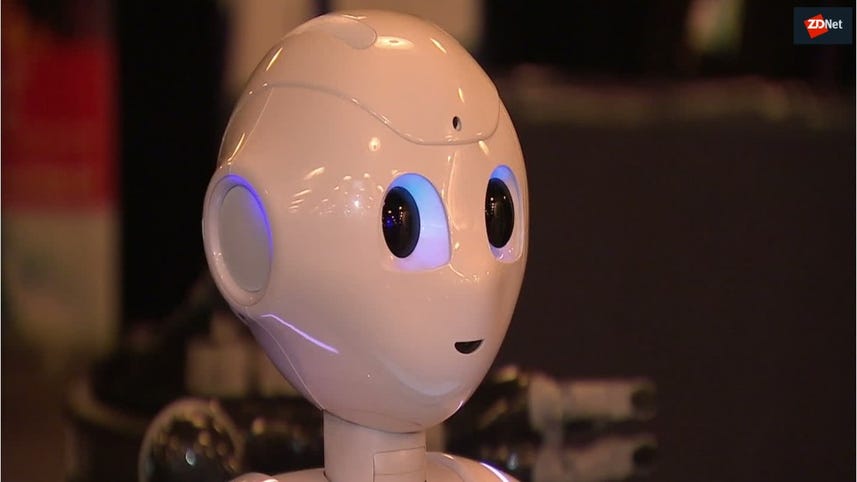 It was a noble experiment gone awry.

A robot was just fired from a grocery store in Scotland for confusing some customers and freaking out others.

The robot, a customized version of SoftBank's Pepper humanoid, was programmed by Heriot-Watt University for Margiotta, a Scottish grocery chain. The retail experiment was orchestrated by the BBC for an episode of a series examining interactions between robots and humans, Six Robots & Us.

"We thought a robot was a great addition to show the customers that we are always wanting to do something new and exciting," Elena Margiotta, who helps run the grocery chain with her family, told The Telegraph.

Installed in the grocer's flagship Edinburgh store, the robot, which shop owners named Fabio, was programmed with directions to hundreds of SKUs. Like Pepper robots in retail environments in Japan, the unit was also programmed to be something of a ham, able to tell jokes, dispense hugs, and engage in lively banter.

At least that was the idea. In practice, Scottish customers didn't want anything to do with the officious automaton. In part, it was a failure of the technology. Background noise in the store frequently prevented Fabio from understanding questions the first time asked.

The robot also wasn't particularly helpful, often giving vague directions to look "in the alcohol section" when asked for the location of a specific item.

More telling, most patrons simply weren't ready to engage with a machine when a human employee could be flagged down nearby.

Soon Fabio was assigned to a lonely outpost at a far end of the store, where he shilled samples of shredded meat. After managers noticed customers actively avoiding the aisle with the robot, the decision was made to end the experiment.

In large part, Pepper's failure in Scotland may be culturally rooted. Japan, where Pepper is a fixture in plenty of retail environments, has the most technologically advanced service culture in the world. During a recent trip over the New Year holiday I marveled at how many machines I interacted with in the course of a day -- everything from ordering food at restaurants and buying morning coffee to selecting my optimal bathroom experience. It was cool, but it also reduced my interactions with real people, which quickly began to feel odd.

There are signs that Pepper robots, which SoftBank has been piloting in U.S. retail markets, actually result in customer engagement and higher sales at locations where customers are perhaps better acclimatized to technology to start with.

In 2016, Pepper worked shifts at B8ta technology stores in Palo Alto and Santa Monica. SoftBank claims the stores saw substantial increases in foot traffic and sales of products that were featured by the Pepper units.

One interesting takeaway from the Edinburgh experiment is that Fabio did find advocates, albeit in an unlikely place. Rather than feel threatened, employees of Margiotta seemed to develop a real soft spot for the robot.

"When we had to pack it up and put it back in the box," says a surprised Dr. Oliver Lemon, director of the Interaction Lab at Heriot-Watt, which programmed the robot, "one of them started crying."