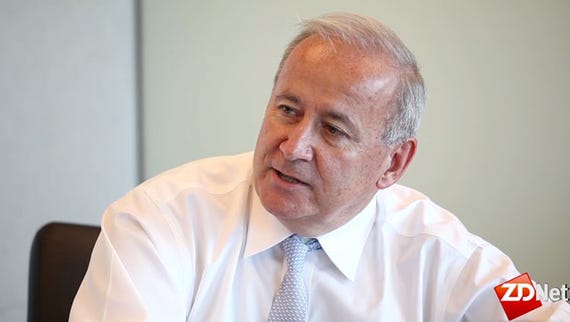 The main IT security issues worrying Art Coviello, executive chairman of RSA, are the widespread availability of malicious tools threatening to spark off cyberwarfare and the increasing penetration of mobile devices at the workplace.

In an interview with ZDNet Asia, Coviello pointed out cyberthreats could escalate to an international level, with the possibility of terrorists getting their hands and taking advantage of cyberweapons such as Stuxnet or Flame--a worrying "dark" issue that kept him up at night.

There is already "mutually-assured destruction" among nation states, he pointed out. "I hope we never see any instances of cyberwarfare," he said.

Another pressing issue was that as workers increasingly leveraged Internet applications and mobile devices for greater business productivity, they also opened themselves up more to cyberattacks, Coviello remarked.

He added cybercriminals and rogue nation states exploited the same openness to perpetrate cyberattacks. With the rise of mobile computing , the severity of cyberattacks is likely to worsen in 2013, the chairman said.

This calls for a more thorough understanding and evaluation of organizational risk, Coviello noted, remarking this was something he learnt from last year's cyberattack on RSA . Risk needs to be managed on a more granular basis , and to be made a responsibility at all levels within the organizations, he explained.

This same lesson can be also applied to the recent tension between the U.S. and Chinese telecoms equipment manufacturer Huawei and ZTE , for example, he said.

"The lesson [for companies] is that they must understand their own risk profile and recognize that any equipment that they buy within the supply chain has the possibility of being exploited," Coviello said.

The executive chairman added it was critically important to organizations understand their supply chain, and get a thorough understanding of those vendors to build security into their products.