Marc and Lynne Benioff have acquired the brand in a personal investment worth $190 million in cash.
Written by Asha Barbaschow on Sept. 16, 2018 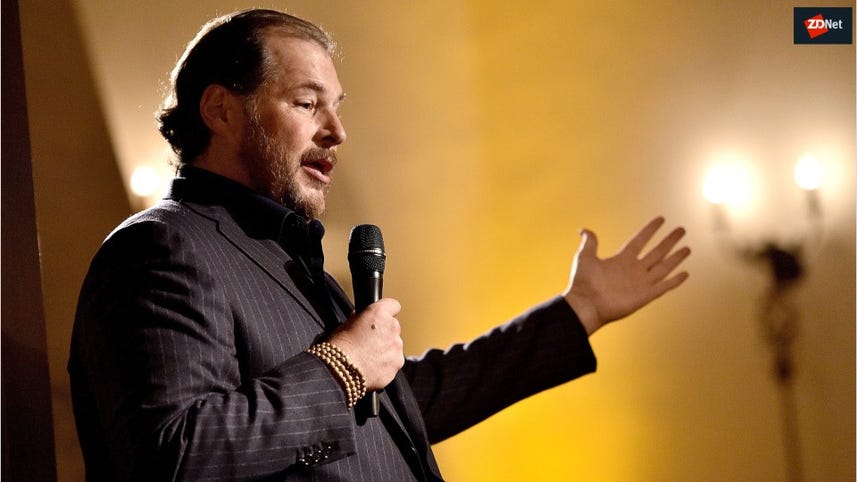 Salesforce.com founder and now co-CEO Marc Benioff and his wife Lynne have acquired the Time media brand, in a personal purchase worth $190 million.

The couple scoops up the media and marketing company that boasts 175 million US consumers each month from Meredith Corporation, which ended up with the brand as part of its purchase of Time Inc in January this year.

Although chief of the company that reported second quarter revenue of $3.28 billion, Benioff's purchase is unrelated to Salesforce.com, and it is expected he and his wife will not be involved in the day-to-day operations or journalistic decisions of the brand, which will continue to be led by Time's current executive leadership team.

"We are honoured to be the caretakers of one of the world's most important media companies and iconic brands," said the Benioffs.

"Time has always been a trusted reflection of the state of the world, and reminds us that business is one of the greatest platforms for change."

As part of the transaction, Meredith will provide short-term business continuity services and has entered into a multi-year agreement with the Benioffs to provide services such as consumer marketing, subscription fulfillment, paper purchasing, and printing.

It is expected Meredith will seek a buyer for its other news and sports brands -- Sports Illustrated, Fortune, and Money -- to focus on brands serving its core audience of American women.

The transaction is subject to customary closing conditions and regulatory approval and is expected to close within 30 days. Meredith plans to use proceeds from the transaction to pay down debt, it said in a statement.

Last month, Salesforce named Keith Block as co-CEO of the tech giant, reporting to the board of directors. At the time, it was said the move could set up a succession plan for Benioff as he moved to be co-CEO as a result.

Benioff will focus on vision and innovation around technology, culture and marketing, while Block will focus on growth, executing and operations, the company said at the time.

It's not the first foray into media for a head of a tech giant, with Amazon's Jeff Bezos in 2013 purchasing the Washington Post for $250 million.

The co-CEO structure at Salesforce rhymes with what rival Oracle does.

Benioff: Salesforce was made possible by Steve Jobs, meditation, and perseverance

The fastest growing enterprise company of all time has taken a different path to the top.

Tech workers have been flexing their muscles this year with some success at Google and Salesforce in protest of military and government contracts.

Elon Musk and Mark Zuckerberg are high on the list of top rated CEOs by employees, according to a new report from Glassdoor.