Salesforce pledges to use Microsoft Azure to power its Marketing Cloud

Salesforce also has cloud agreements to use Amazon's and Google's clouds for various workloads, making it a multi-cloud poster child.
Written by Mary Jo Foley, Contributor on Nov. 14, 2019 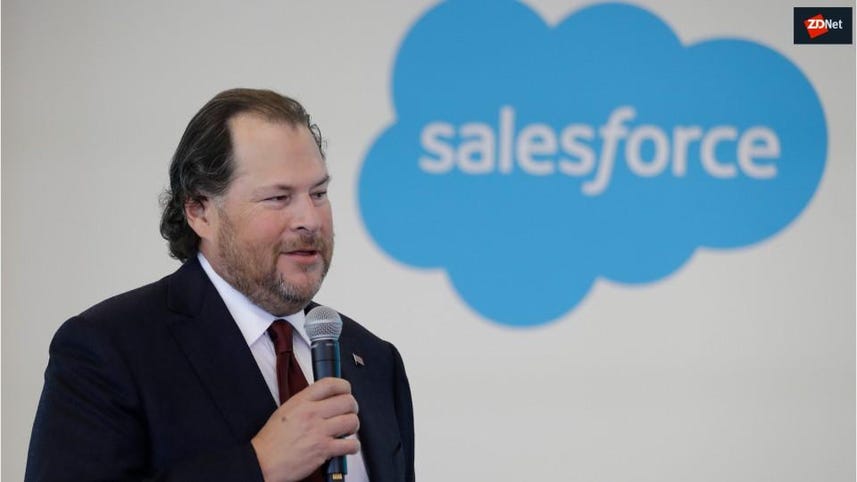 Salesforce has pledged to use Microsoft's Azure as its public cloud provider for the Salesforce Marketing Cloud, the two companies said on November 14. Salesforce already has deals in place to use Amazon's AWS and the Google Cloud. The Azure announcement comes days before the kick-off of Salesforce's annual Dreamforce conference next week.

In addition to commiting to use Azure for its Marketing Cloud, Salesforce also said it will be building a capability that will allow its Salesforce CRM users the ability to search, view and share Salesforce records directly within Microsoft Teams, its group-chat platform. This new Teams integration for Salesforce Sales and Service Clouds will be available in late 2020, according to a jointly issued Microsoft and Salesforce press release.

Even though Microsoft and Salesforce have often been at odds as CRM competitors, as well as over Salesforce's failed bid for LinkedIn, the two have partnered in the past.

In 2016, Salesforce announced AWS would be its preferred infrastructure provider. At that time, many of Salesforce's services, such as Heroku, SalesforceIQ and the Salesforce IoT Cloud were running on AWS, but Salesforce's core CRM product was still running in Salesforce's own datacenters.

A year later, Salesforce announced plans to use Google Cloud Platform to expand globally and integrate its customer relationship tools with G Suite and Google Analytics.