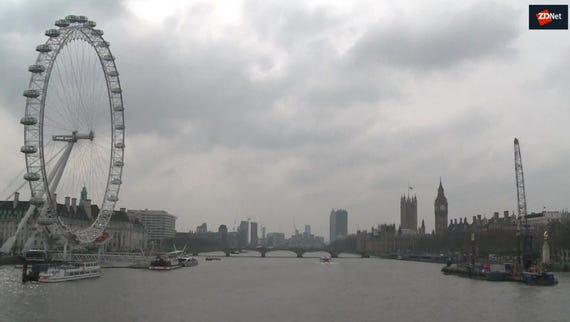 Samsung and Cisco have announced the deployment of their first 5G trial network using network function virtualisation (NFV) solutions across portions of Verizon's mobile network in the United States.

In addition, the network uses Samsung's 5G radio base stations and 5G routers.

According to the three companies, their successful trials have proved "the readiness of key 5G technologies".

"We're very excited about the possibilities this opens up in terms of network architectures, particularly in view of 5G's aim to connect new industries and empower unique service scenarios," Woojune Kim, VP and head of Next Generation Strategy at Samsung Electronics, said.

According to Cisco, Samsung, and Verizon, each city comes with a different set of "test parameters", such as different vendors, geographical characteristics, population densities, and demographics. Their successful Ann Arbor trials show that 5G networks can be individualised using their multi-vendor solution, they explained.

Cisco first announced that it would be providing the pre-commercial 5G architecture for Verizon's trials back in February, including its virtualised, cloud-based 5G packet core as part of its Cisco Ultra Service Platform; mobile backhaul infrastructure to enable gigabit speeds for network transport; virtualised managed services; a new set of business applications; and a pre-release version of its 5G-enabled router.

Its virtualised packet core is designed to "increase service velocity by providing on-boarding and operational simplification for virtual network functions (VNFs) that help enable individual applications to be delivered to customers in real-time", Cisco said.

New business applications for connectivity and performance for VR and AR will also be explored by Cisco and Verizon through the partnership.

Samsung has also been working with rival US mobile carrier T-Mobile on 5G lab tests and field trials, which are set to take place throughout 2017.

The partnership will initially use T-Mobile's 28GHz mmWave spectrum in combination with Samsung's 5G proof-of-concept beam-forming technology in outdoor trials, as well as Samsung's pre-commercial system.

Both T-Mobile and Samsung are involved in the US government's 5G initiative, with the former Obama administration announcing last July that it would be investing $400 million in conducting trials of the technology.

T-Mobile, Samsung, Verizon, AT&T, HTC, Carlson Wireless Technologies, Nokia, Qualcomm, and Oracle are contributing to $35 million in additional funding, with Samsung also a board member on the project and slated to contribute specialists to work alongside 400 university researchers on network and mmWave radio technologies.

Samsung has been working on 5G technologies for years; back in October 2014, it announced attaining mobile speeds of 7.5Gbps during stationary 5G network trials, and 1.2Gbps while in a moving vehicle travelling at more than 100km/h.

Samsung has also been working on developing a 5G antenna and a power amplifier and a 5G RF Integrated Circuit (RFIC) that will be used in base stations and radio access products.