Full Bio
on April 1, 2020 | Topic: Coronavirus: Business and technology in a pandemic 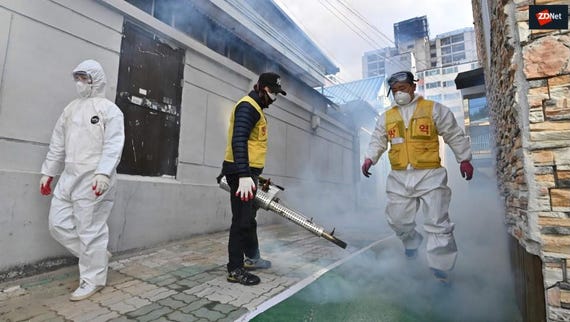 Samsung Electronics has donated $29 million worth of funds and goods to government and communities that have been most affected by the COVID-19 outbreak, the company said.

The South Korea tech giant has supplied face masks and provided smartphones to patients in quarantine as well as air purifiers for hospitals, Samsung said. It has also given tablets to educational institutions for children affected by school closures.

In its home country, the company has provided its employee education centre to medical authorities for the purpose of being used as a patient care centre. It has also provided its engineers for local face mask makers to improve their factory layouts and production processes to boost efficiency. One such company that received engineering support doubled its daily production output, Samsung said.

Samsung has also donated some 330,000 face masks to the city of Daegu, the epicentre of the COVID-19 outbreak in South Korea.

For its own workforce, Samsung has set up regional response teams to provide employees with resources and updates on the latest guidelines from health authorities on the COVID-19 pandemic.

Samsung's business travel has also been restricted to only mission-critical journeys and employees have been advised to work at home where possible, it said. Offices and facilities critical for products and services have mandated screenings and temperature checks, along with the application of regular disinfection procedures.

It previously announced that it had tightened screening procedures for its semiconductor plant in South Korea and has seen some of its factories around the world be suspended due to mandates from local governments.

Samsung will also offer a one-month extension of warranties for customers whose warranty have expired in the duration where the company's services have been unavailable due to restrictions from COVID-19.

Despite these measures, the South Korean tech giant has continued to have some of its employees contract the virus even after the initial surge of cases. This week, it was confirmed that three of its workers returning from Brazil were infected with the disease.

Join Discussion for: Samsung donated $29m worth of funds and goods...