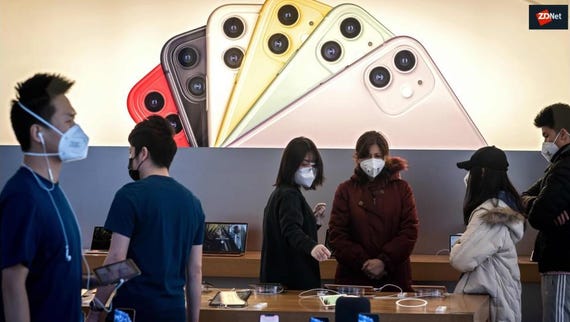 Samsung Electronics has tightened its screening procedures for assessing whether employees of its semiconductor business, called Device Solutions, have contracted the novel coronavirus, the company has said.

From this week onwards, all workers within its semiconductor business will be given an online self-examination questionnaire every Sunday on whether they have recently visited any virus hotspots or developed symptoms such as a fever.

Those who do not turn in their answers will be questioned face to face at the gate of Samsung's various chip plants and facilities across South Korea.

The tech giant has three semiconductor plants in its home country -- at Giheung, Hwaseong, and Pyeongtaek.

Samsung Electronics has a total of 105,342 employees as of September 2019, according to its latest disclosure. The semiconductor business accounts for more than half of that with around 54,600 staff.

"There is absolutely no problem with production," a company spokesperson stressed.

The new screening measures come as the company confirmed that a subcontractor working at its Giheung plant had contracted coronavirus over the weekend.

Another worker was also confirmed to have contracted the virus at its smartphone plant in Gumi late Monday, which brought the total number of Samsung employees that had the virus to four.

Other tech firms in the country, such as SK Telecom and LG Electronics, have also seen their employees get infected, resulting in the temporary closure of their facilities.

South Korea has seen a major spike in the number of people infected by coronavirus in recent days, with there being 4,812 confirmed cases and 28 dead as of Tuesday. The majority of new cases have come from the city of Daegu and are linked to Shincheonji, a religious organisation whose headquarters are based there.