​Samsung Galaxy S9 Plus: This is how much your new smartphone costs to build

The new smartphone model's 'much higher' costs are driven by its updated camera, but the screen remains the most expensive component.
Written by Steve Ranger, Editorial director, ZDNet on March 22, 2018 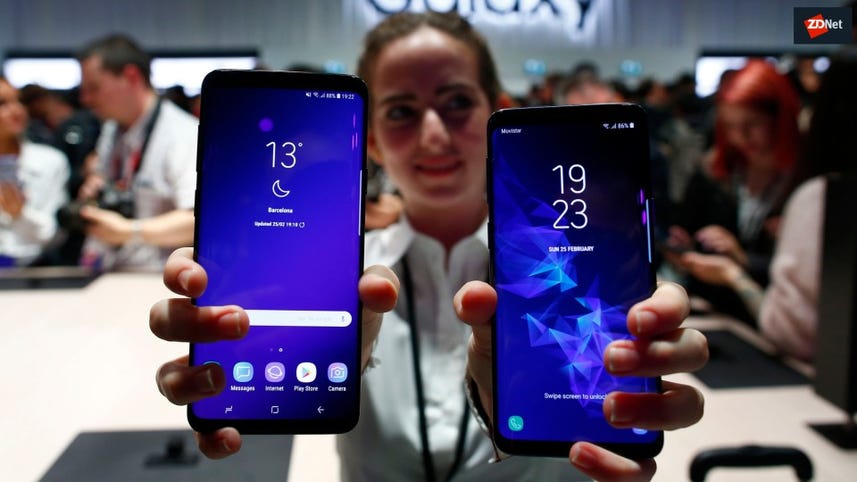 The 64GB version of Samsung Galaxy S9+ adds an extra $43 in materials costs over the previous model, largely down to the new camera and the higher cost of memory.

According to an analysis by researchers IHS Markit, this year's model of Samsung's big-screen smartphone has a bill of materials of around $375.80, which is $43 more than the Galaxy S8+. The higher bill of materials is driven mainly by the rising prices for DRAM and NAND flash memory, as well as the smartphone's new dual-lens mechanical aperture camera module.

The research company previously said that the 64GB iPhone X carries a bill of materials of $370.25, while Samsung's Galaxy S8 with 64GB of storage costs $302 (IHS has not analysed the Galaxy S9 yet).

Andrew Rassweiler, senior director of cost benchmarking services for IHS Markit, said that despite the higher costs for Samsung, the Galaxy S9+ offers consumers better specs at about the same price point as the Galaxy S8+, including a brighter screen and better camera technology.

IHS said the most significant new feature is the 12-megapixel dual-lens camera, which includes the first variable-aperture system built into a smartphone, supporting F1.5 and F2.4, image over-sampling and 960 frames-per-second slow motion. The combined bill of materials cost for the primary, secondary, iris camera and other modules is $44.95. Of this, $34.95 is down to the new primary camera, which delivers better results in low-light conditions.

The Galaxy S9+ also upgrades from the Qualcomm Snapdragon 835 processor to the Snapdragon 845 -- one of the first smartphones to do so. The 845 chipset contains an LTE CAT18 modem, offering peak LTE speeds up to 1.2Gbps (via 6 carrier aggregation and 4x4 MIMO support). The Snapdragon 845, including all supporting components from Qualcomm, is estimated to cost $67.

IHS said the Galaxy S9+'s 6.2-inch Super AMOLED screen (2960x1440 pixels, 529ppi) provides 700-nit brightness, which is slightly higher than last year's Galaxy S8+. The entire display comes with a bill of materials cost of $79, making it the most expensive component in the device.

The bill of materials is not the only cost that goes into a phone of course, as it does not include items such as software, assembly, marketing and distribution.

iPhone X: This is how much it costs to make one, in components

Apple's new flagship phone retails at $999, but how much do the components add up to?

Increased memory density and wireless charging boosted the bill of materials for the iPhone 8 Plus.

Samsung is betting that camera improvements will spur an upgrade cycle to the Galaxy S9 and Galaxy S9 Plus. Here's a look at the enterprise angle, specifications, deals, DeX, and competitive landscape to help you decide.

Samsung Galaxy S9 Plus ready for lift off: Is it the flagship vs. Galaxy Note 8(TechRepublic)

Samsung wants a premium option in your face at all times. Here's how Samsung is competing with itself in the hero phone department.

How do Samsung's latest flagship phones stack up against its Apple and Google rivals?

Tablets
How to build your credit score fast

Credit Cards
This battery safety feature can break your Apple AirTags. Here's how to fix it