Android now has 70 percent of the smartphone market across France, Germany, Italy, Spain and the UK, according to data from Kantar Worldpanel ComTech — and almost half of all smartphones sold in Europe are from Samsung.

According to the sales data for the three months to May, Android's 70.4 percent share across these five European markets is up from 61.3 percent a year ago. Apple's iOS has grabbed a 17.8 percent share, while Windows Phone managed 6.8 percent. 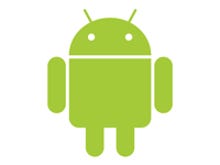 Android invades the desktop Computer makers are suddenly obsessed with putting a smartphone operating system on PCs. Here’s why it may not be such a crazy idea.

Analyst house Gartner recently estimated that one billion Android devices will be shipped next year, compared to 378 million Windows devices and 354 million iOS devices. Developments in the smartphone market matter to CIOs because, thanks to the rise of bring your own device, they often have to support these devices in one way or another. Samsung in particular is aiming at the business market with its Galaxy S4.

"T-Mobile is the smallest of the big four US carriers but it does have the capacity to give iOS a boost, particularly as 28 percent of its customers plan to buy an iPhone when they next upgrade," he said in a statement.

But Samsung's domination has given it a new problem to solve: "After two years of relentless growth, it must focus on keeping its existing base of customers loyal if it is to maintain its success," Sunnebo said.

Samsung has the second highest loyalty rate in Britain (59 percent), way behind Apple's 79 percent. "With the competition dramatically upping their game in terms of build quality and content innovation, Samsung will have to work hard to convince its 8.8 million customers to stick with the brand," he said.

And the smartphone market remains fluid, for example Kantar points to the success of Sony's Xperia Z in the UK: some 38 percent of Xperia's users previously owned a Samsung, mostly the Galaxy S2.

Meanwhile, in developing markets such as Mexico, there is more interest in Windows Phone: for example the Nokia Lumia 505 was the fifth bestselling smartphone in Mexico in the past three months, according to the researchers.