Samsung's Galaxy S8 and S8 Plus are strong contenders, but with the 10th anniversary iPhone on deck from Apple, tech buyers may pause before upgrading.
Written by Larry Dignan, Contributing Editor on March 29, 2017

Samsung mobile chief DJ Koh rolled out the Galaxy S8 and Galaxy S8 Plus with curved edges and a bezel-free design. Toss in some virtual desktop tools, services, and artificial intelligence, and Samsung may have a hit on its hands.

But Koh's launch of the Galaxy S8, which is supposed to provide a new start in what has been a "challenging year for Samsung" and a ticket out of hell from the Galaxy Note 7 debacle, had a big elephant in the room. That elephant: Apple's upcoming 10th anniversary iPhone. Apple's next iPhone is expected to kick off a "super cycle," according to Wall Street analysts.

Should those analysts be correct, Samsung is at a pivotal moment. Samsung has to move on from the Galaxy Note 7 battery issues. Samsung must offer a design with the Galaxy S8 that captivates tech buyers and spurs an upgrade cycle.

In other words, Samsung needs a bit of perfection. And, if the upgrade cycle for the Galaxy S8 develops slowly -- entirely possible --Samsung will be months away from Apple's September-October launch.

Drexel Hamilton analyst Brian White sums up Samsung's hurdles: "Although we believe Samsung will unveil some cool new devices today, we believe Apple has Samsung on the ropes like never before in recent memory," said White in a research note. "With Apple operating on all cylinders and a strong iPhone launch expected this fall, combined with the rise of more China-based competitors, we believe the pressure is on Samsung to deliver a strong upgrade without any missteps. We believe if Samsung stumbles again, the company's position in the smartphone market could be permanently impaired."

Justin Denison, head of product strategy for Samsung US, cited a commitment to innovation, quality, and safety. Those attributes were a common theme throughout the S8 launch. Biometrics, facial and iris recognition, and other tools were interesting additions to the Galaxy S8 line.

To be sure, the Galaxy S8 with its camera improvements, hidden home button below its screen and DeX dock could be enticing. However, White noted that potential buyers of the S8 line may wait for the new iPhone to be unveiled.

Cowen analyst Timothy Arcuri said in a research note that new iPhone builds for the 10th anniversary edition of the device "forms a powder keg for this launch." Arcuri estimated that new iPhone builds will total about 110 million to 120 million in calendar 2017. Of that total, 55 million to 60 million will be the 5.8-inch version of the iPhone. Like the Galaxy S8, Apple is expected to go bezel-free with the Touch ID button integrated into the display. 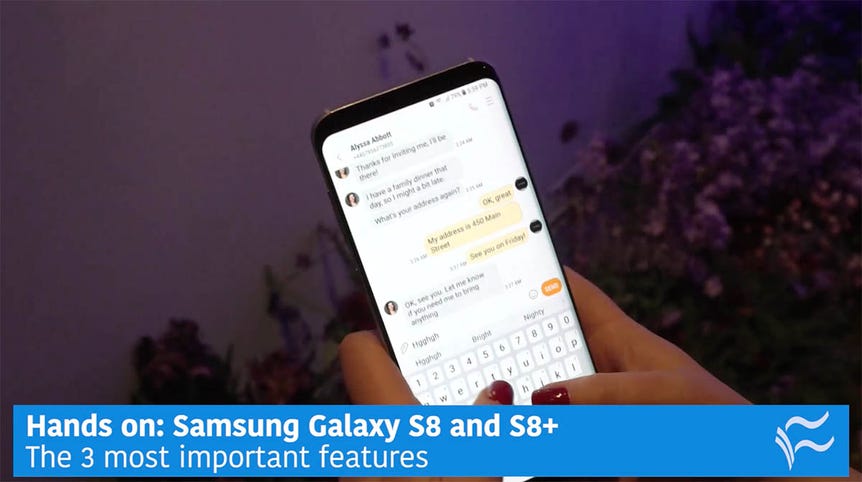 Arcuri estimates that Apple will ship 87.5 million iPhones for the quarter ending Dec. 31, up from 78.3 million for the previous year. That shipment tally, juiced by the 10th anniversary iPhone, would set records.

Korea Investment and Security analyst Jay Yoo is projecting that Samsung will ship 42 million units of the Galaxy S8 and S8 Plus in 2017. In other words, Samsung's Galaxy S8 will be strong, but it will face its doubters over the Galaxy Note 7 issues.

Bottom line: Samsung's biggest challenge may be dueling with expectations relative to an Apple iPhone launch that's months away.

VIDEO: The DeX for Galaxy S8 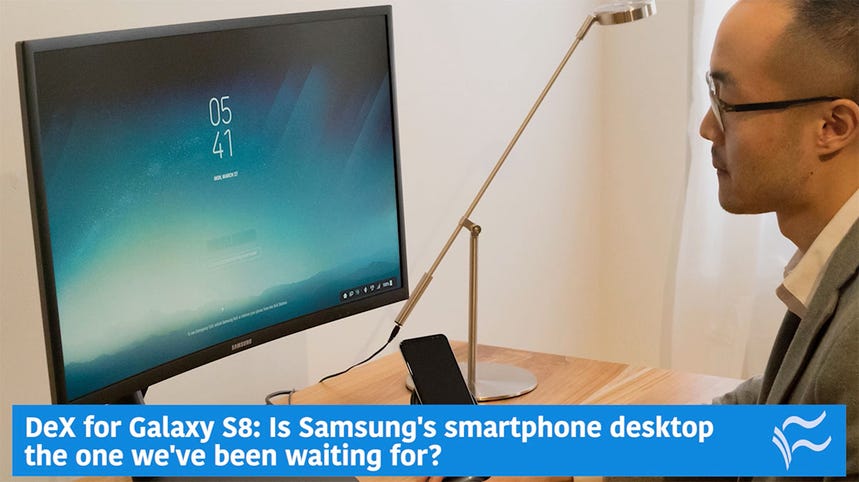