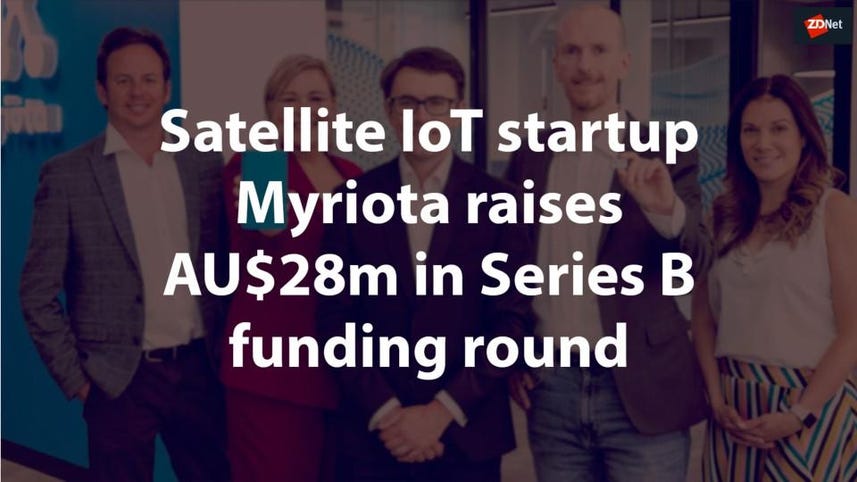 Internet of Things (IoT) technology startup Myriota has raised AU$28 million through a Series B funding round, with Hostplus and Main Sequence Ventures being the major contributors.

This latest funding round brings Myriota's total funding to more than AU$50 million.

"With this new round of funding, we'll continue to grow our network of satellites to deliver an affordable, environmentally friendly, and powerful solution to make data accessible for our global customer base," Myriota co-founder and CEO Alex Grant said.

According to the company, it plans to use the funds to grow its current four satellite constellation to 25 by 2022; grow its headcount by 50% in the next two years; and continue with its international expansion.

In early 2018, Myriota had raised $15 million in Series A funding from Boeing HorizonX Ventures, Singtel, and Right Click Capital.

Shortly after the Series A funding round, Myriota acquired four satellites, additional staff, and a ground station from data services company ExactEarth.

Last August, Myriota signed an agreement with Optus Business to add mobile connectivity to its plans.

"Previously, satellite connectivity has not been available or affordable for businesses with remote assets, but nanosatellites are providing a more attainable and affordable solution," Grant said at the time.

"By combining Optus' national networks with our nanosatellite capability, we are able to offer a truly holistic IoT solution and help solve connectivity issues being faced in regional Australia."

The IoT satellite company had also previously signed up with the Australian Institute of Marine Science (AIMS) to trial ocean drifters that report back to base by using satellites in low Earth orbit (LEO).

Telemetry from rented equipment to bounce off nanosatellites for asset tracking.

The University of South Australia will head up a new Cooperative Research Centre for Smart Satellite Technologies and Analytics.

Myriota has said it will connect IoT devices with low earth orbit satellites for a lower cost and longer battery life than traditional satellite solutions, with its commercial product launching next year.

5G is not the be all and end all, Cisco has said, with Wi-Fi 6 needed to enable indoor coverage and nano-satellites necessary for ensuring the entire world is connected.