5G and IoT: How small businesses will make the most of the revolution

The UK wants nationwide 5G coverage, but will the government's strategy pay off?
Written by Daphne Leprince-Ringuet on Feb. 3, 2020 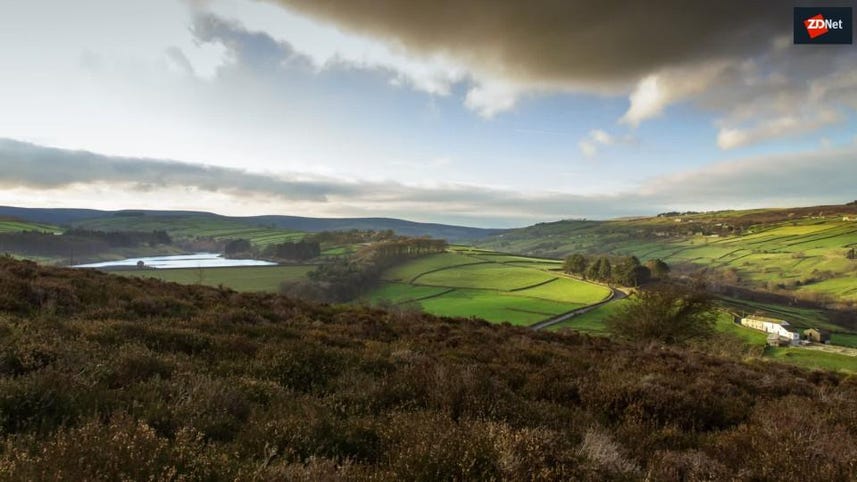 The 5G revolution makes the alluring promise of boosting the economy by billions of pounds, but it comes with a big caveat: all the wonders of faster connectivity will only be achieved if 5G becomes a technology that businesses can exploit, no matter where they are.

The traditional methods to manage full coverage are flawed, to say the least. In the UK, only 66% of the country is currently covered by 4G. The government has set a target to expand 4G coverage to 95% of the territory, and recently pledged £1 billion to do so before 2025 -- but that's a three-year stretch from the original 2022 deadline. Things could be going better.

5G deployment, however, will be different, according to Philip Marnick, spectrum director at Ofcom. Speaking at a conference in London about the UK's 5G rollout strategy, he said: "5G will bring a new set of business models, and the rules of access to spectrum will have to enable this."

"The idea is that if you need a bit of spectrum to do what you need to do, you should be able to get it. We are trying to make that spectrum available to enable new innovations."

While 5G could provide a big boost for Internet of Things (IoT) roll outs, progress is likely to be slow: networking company Ericsson predicts there will be somewhere around five billion cellular IoT connections by 2025, but only a fraction will be 5G, with the rest made up of existing wireless technologies.

Spectrum -- the radio frequencies required to carry the data you want to transmit -- is usually alocated by Ofcom to mobile operators via an auction system. But Ofcom now wants to open up spectrum to other, smaller players -- and particularly, to the businesses that don't have access to faster connectivity.

Such businesses are typically located in rural areas, where mobile operators are reluctant to invest. Ofcom's new rules, which it put forward a few months ago, offers local licenses to create private 5G networks on a first-come, first-serve basis. Organizations, under the new rules, could set up their own local 5G networks with greater control over security and reliability.

This could foster growth in industries ranging from farming to manufacturing, and would "ensure that lack of access to the radio spectrum does not prevent innovation," said Ofcom.

The concept of a hybrid network, bringing together public networks owned by mobile operators and private networks created by individuals and start-ups, is already being trialled in Germany. In November, the German government announced that it was opening spectrum on the 3.7-3.8Ghz frequencies to private corporate licenses, for 5G applications.

Mercedes-Benz, for example, is teaming up with telecommunications company Ericsson to create a local 5G network in one of the carmaker's plants in Sindelfingen in Southern Germany. The plant's production systems and machines are connected and operated via a private 5G network, which the company believes is more secure and reliable.

Rahim Tafazolli, the director of the 5G innovation centre at the University of Surrey, agreed that hybrid networks will be key to the successful deployment of 5G. "To benefit from 5G, we need to make it an open platform for businesses," he said. "A hybrid network will mobilize the entire ecosystem, and enable the development of applications and use cases for 5G."

Tafazolli explained that 5G's success will depend on three factors: speed, reliability and mass connectivity. And, despite Ofcom's spectrum rules, he believes that the sticking point is still likely to be the last one -- ensuring the nationwide deployment of fast connectivity.

"Ofcom and DCMS want 95 percent coverage, but let's be realistic: we had the same targets with 3G, and with 4G, and we didn't meet them," he said. "Providing nationwide 5G coverage will be difficult, not because of the technology, but because of the money."

The cost of deploying 5G is significant -- but that's because not enough attention is given, according to Tafazolli, to alternative ways of deploying faster connectivity. Terrestrial 5G requires expensive infrastructure, but satellite technology, for example, could be a cheaper option.

Satellite is a technology that IT company Cisco, for one, is banking on: the company is already using nano-satellites to help farmers in Australia gain access to connectivity and make the most of the IoT to increase agricultural productivity.

SEE: Now 5G has to prove that it's really worth the fight - and the fallout

Cisco Australia's CTO Kevin Bloch previously told ZDNet that satellites would be needed in the future to provide wider coverage, and that low-earth orbiting satellites will be the most economical way to reach places like farms, oil rigs or even the Antarctic.

Bloch said that the combination of terrestrial 5G and satellite technology will provide the optimal economics for full coverage.

For the same reasons, Tafazolli believes that satellite technology will be an inevitable part of the financial equation if we are to make fast connectivity a nationwide asset. The money promised by the government to boost rural coverage will certainly help; "but use it wisely," he concluded.

Google
Tech jobs: These are the 10 most in-demand developer, cybersecurity and cloud roles

Developer
How to improve and enhance the Windows 11 Taskbar