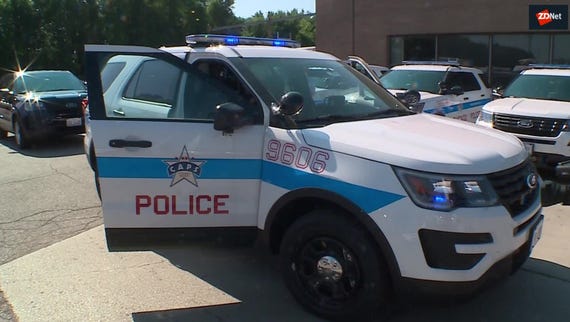 Self-driving cars can already cruise relatively comfortably in sunny, dry conditions. But would you trust a robot driver in snow and extreme cold? Researchers at Finland's Technical Research Centre (VTT) believe we can.

They've tested out their robot car, Martti, in wintry conditions on a 10km (six-mile) stretch of public road in Muonio, Finnish Lapland.

It is a part of the world where temperatures can plunge to -40C/-40F and where snow often obscures road markings, making driving a challenge even for humans. But Martti proved it can safely navigate the snowy terrain, even at its top speed of 40km/h, or 25mph.

Martti isn't the first autonomous car to enter winter driving school. For example, Alphabet subsidiary Waymo announced in October the expansion of its self-driving car tests to Michigan's snowy conditions and Ford has been testing self-driving cars in winter weather since in 2016.

Russia-headquartered Yandex recently posted footage of its self-driving car negotiating its way through Moscow after a snowstorm, but the streets have been cleared of snow.

But VTT says it is the first to safely drive a fully autonomous vehicle on a snow-covered public road.

Furthermore, the research team believes they may have achieved a new unofficial world speed record for a robot car in winter weather on a public road.

"[Martti] could have had even more speed, but in test driving it's programmed not to exceed the limit of 40 km/h," project manager Matti Kutila tells ZDNet.

Martti has been specifically developed for challenging weather conditions. It is a Volkswagen Touareg retrofitted with thermal and stereo cameras, short-range radars, GPS/Glonass receivers, a rear-mounted Lidar scanner, three forward-facing lasers and inertia units for determining direction and acceleration.

The hardware components are widely available, but the car's brain, the software and algorithms guiding the components, is developed by VTT.

The same technology is used in VTT's first autonomous car, Marilyn, but has been tailored to Martti's needs.

"With the tailoring, we always seek a balance between the different components," Kutila explains.

"If the cameras cannot see any road markings, we need the inertia component more. If the radar cannot detect objects ahead, more weight is put on the laser scanners, and so on.'

VTT's winter test has also succeeded in collecting data to hone autonomous-car winter-driving capabilities. Using the data, the researchers have been able to create an algorithm to filter away most of the snow dust in the laser scanners and improve their reliability, which has now been implemented for Martti.

But there are still plenty of adjustments ahead. The next steps for VTT are to change the wavelengths of the optical components, increase the resolution of the radars and beef up the software's sensor monitoring capabilities to ensure Martti can handle varying degrees of slippery roads and limited visibility.

Martti will also be equipped with communication modules to enable the car to communicate direct with the existing digital transport infrastructure.

The end-game for VTT is to commercialize the algorithms and methods underlying Martti and Marilyn's autonomous driving skills. Kutila says it is already collaborating with machinery and car manufacturers in Europe and the US.

He believes it will take years before we see fully driverless cars for consumers, but advanced automated features will become increasingly common before that. These developments could involve smart parking halls, where the car is its own valet, and automated trucks driving in convoys within the next four years.

The challenge is to prepare the robot cars for any possible scenario on the road. Kutila says VTT and its car industry partners have already achieved reliability level of 97 percent for fully-autonomous vehicles, but that still means a potential fender-bender with every 30th car or obstacle along the way. Not an ideal situation in real-world conditions.

"Now that we're honing those last percentages, we go through all the various things that rarely happen in traffic. Such as an icy ramp or a plastic bag on the road. Going through all those case by case means there is still a very long way to go," Kutila says.

"We'll have to wait 30 to 40 years for all traffic to become fully automated."

Poor parking and speeding may one day be punishable not by traffic wardens but by autonomous vehicles.

The Baidu partnership is the latest to highlight momentum for BlackBerry's QNX platform.

Nuro, founded by two ex-Google employees, just got $92 million to do away with delivery drivers.