Poor parking and speeding may one day be punishable not by traffic wardens but by autonomous vehicles.
Written by Charlie Osborne, Contributor on Feb. 1, 2018 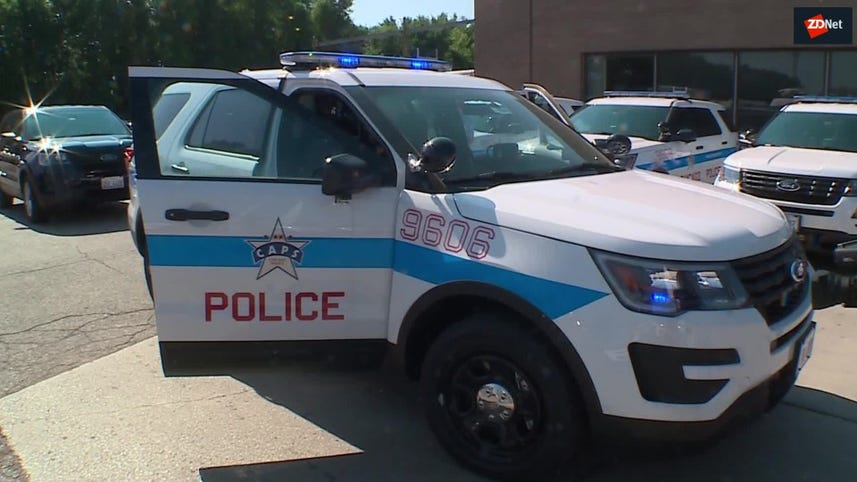 Ford has filed a patent application in the US for self-driving police vehicles which could one day replace traffic wardens.

The Dearborn, Michigan-based automaker filed a patent with the United States Patent and Trademark Office (USPTO) which was published in January (.PDF).

According to the patent's abstract, an autonomous police vehicle "may involve a processor associated with an autonomous vehicle obtaining an indication of violation of one or more traffic laws by a first vehicle."

The processor could potentially include sensors, navigation and mapping technology, a traffic laws database, recording equipment, and devices for communication -- potentially used to warn drivers to stop, for example, or to communicate with remote operators.

Whether or not our future cars are semi or fully autonomous, if traffic violations occur, the artificial intelligence-driven police cars will be waiting in the wings.

Perhaps, there will be no more traffic wardens waiting to ticket you for parking inappropriately; no more police officers tapping your window after you've been caught speeding, and the automatic issue of tickets and fines for doing wrong by technological means -- such as cameras, speed detectors, and more -- will be commonplace.

It may sound like something out of a dystopian or totalitarian novel, but considering how surveillance technologies -- whether cameras or bulk data collection -- has been adopted in Western societies, AI-based road policing may simply be the next step.

Such a system could, as demonstrated in the image below, tap into surveillance cameras on the road and in cities as a whole through wireless communication, grab data from government or driving agencies to verify violations and use this information to find suspects.

That is if you can be caught, but Ford has covered this, too.

It is only a patent application and like thousands of others before may end up simply gathering dust.

However, considering how quickly autonomous vehicles are being developed and the firm grip of surveillance-happy governments worldwide, it appears plausible that AI-driven policing may be an aspect of our future.

The deal is aimed at furthering Waymo's dream of launching a driverless ride-hailing service.

When fully autonomous vehicles become mainstream, a new type of economy will emerge that will be worth $7 trillion by 2050, according to Intel.

The Japanese carmaker plans to launch autonomous vehicles with Renesas chips in 2020.