Automakers and regulators have proclaimed that self-driving vehicles could revolutionize mobility for the elderly. President Obama wrote in a September Op-Ed, "Right now, for too many senior citizens and Americans with disabilities, driving isn't an option. Automated vehicles could change their lives." Older folks aren't exactly known for embracing new technology, but self-driving vehicles just might be an exception to the rule.

There is a clear need for making transportation more accessible for seniors. As we age, many older people have to transition from drivers to passengers because health issues make it unsafe or physically impossible to drive. Whether the reason is cognitive (such as memory loss) or physical (poor vision), the end result is the same: giving up driving takes away a person's independence.

Driverless cars could solve this problem, but the very same people who could benefit the most from this new technology are the least comfortable with it. Today, Baby Boomers are approximately 50 to 69 years old, but by the time that self-driving cars are on the market, many of them will be faced with normal signs of aging -- changes in visibility, flexibility, and range of motion - that make driving difficult or even impossible.

A new survey by Kelley Blue Book found that only one percent of Baby Boomers reported that they "know a lot about autonomous vehicles." In comparison, younger generations were much more confident about self-driving cars, with most Millenials and pre-driving Gen Z respondents saying they felt safe with Level 5 full vehicle autonomy.

However, aging expert Jodi Olshevski says, "It's important for us to realize that just because a person is older doesn't mean that they're not interested and willing to adopt technology. They might be at a little different rate than some of the younger generations, but I think that's just a result of exposure and awareness, and comfortability with the technology."

We spoke with Olshevski to get her take on autonomous vehicle technology. As Gerontologist and Executive Director of the Hartford Center for Mature Market Excellence ("The Hartford"), she has led several studies on vehicle technology among drivers over the age of 50.

In 2015, Olshevski and her colleagues showed a group of Baby Boomers videos of a self-driving car to gauge their level of interest in adopting the technology. Surprisingly, a whole 70 percent of people said they would be willing to test drive an autonomous vehicle. Only 31 percent said they would purchase a self-driving car, but nearly half (38 percent) of Boomers said that if their health prevented them from driving they would consider purchasing one. Olshevski says:

The interest in the technology is increasing almost exponentially among this segment. Of course when you compare them to other generations I think what you find is very similar to tech in general, and that is that people who are older have just had less exposure to the technology so it might take them a little longer to adopt.

Educating drivers about autonomous vehicles will be essential as the technology is rolled out to the public. The Hartford is partnering with AARP (American Association of Retired Persons) to develop a driver safety program that will focus on teaching seniors about the newest vehicle technology.

The AARPs driver safety program is shifting the technology portion of the course from safety features such as antilock brakes to the newest technologies, such as partially automated vehicles (e.g. lane assistance, smart headlights). They are also starting to look at how the program could start getting older adults acquainted with the autonomous vehicles that are likely to be available in the near future.

Jana Lynott, a transportation policy advisor with AARP, says that even though older generations are less familiar and less comfortable with autonomous vehicle technology, Boomers are also the most mobile generation that we've ever seen. She published a paper describing how the Baby Boom Generation fueled a historic growth in travel, and she tells us, "They've really been transformational across their lifespan of becoming the generation that has increased the number of miles driven, increased the number of trips taken." She continued:

So, given how important mobility has been to this generation of Boomers, I think that as they begin to outlive their safe driving years, they may be open to looking at other ways of getting around the community in order to keep a high level of mobility. I just think they're used to being on the go, and they're not going change that just because they're getting older and may not drive.

State and federal regulators are starting to put together policies for autonomous vehicles that could lead a transportation revolution. As this happens, Lynott cautions that policy makers should think about how to solve some of the problems with our current transportation system, such as equity and accessibility. She says, "I think there are opportunities to correct some of the deficiencies of the past." 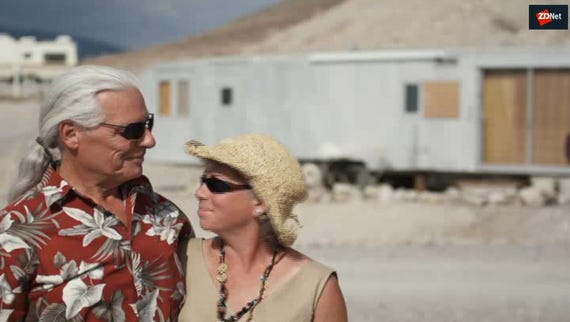 Join Discussion for: Self-driving vehicles and Baby Boomers: A...