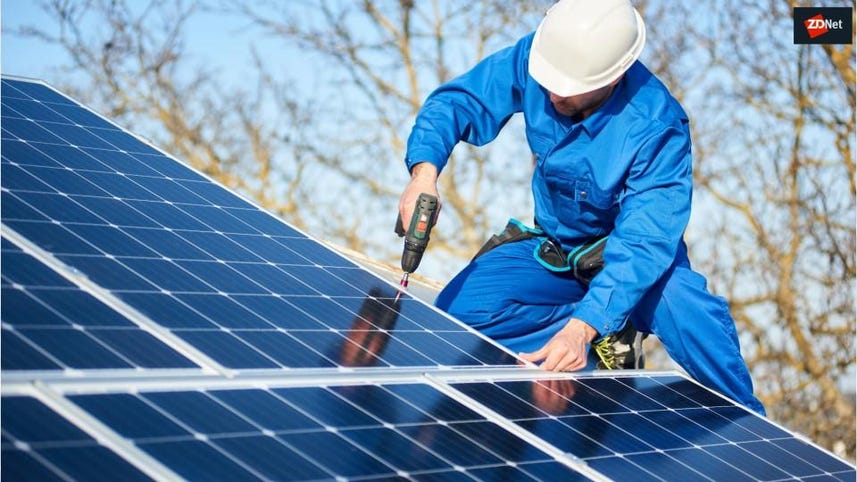 Google will pay for power generated from solar panels installed on the rooftops of 500 public housing flats across Singapore, which energy then will be tapped to power its local operations. The initiative is part of a "multi-year" partnership with local energy companies Sembcorp Power and Sembcorp Solar.

The partnership would enable the solar power generated to go "directly into the electricity supply" of Google's operations, the US tech vendor said Tuesday. The deal was its second renewable energy deal in Asia, following a "long-term agreement" inked in January 2019 to purchase energy generated from a 10-megawatt solar installation in Taiwan's Tainan City.

Pointing to its latest collaboration in Singapore, Google said: "The deal is pioneering the seamless integration of solar power directly into an existing power supply, which Sembcorp and Google hope is a positive first step towards making renewable energy more widely accessible for all Singaporean energy users in the future."

Both Sembcorp entities are part of Sembcorp Industries, an energy and urban development group that currently has almost 240 megawatt of solar project capacity in Singapore as well as 2,600 megawatts of wind and solar projects in China, India, and Vietnam.

Google told ZDNet, however, that SembCorp would not require any other infrastructure to be built as the supply of electrons -- both green and brown -- would be delivered via the national grid.

The US tech giant's Southeast Asia managing director Stephanie Davis said in a statement the deal was part of Google's pledge to operate carbon-free 24 hours, 7 days a week, by 2030.

Announced just yesterday, its plans to do so would commerce with its data centres and offices, according to Google CEO Sundar Pichai. "This will mean every email you send through Gmail, every question you ask Google Search, every YouTube video you watch, and every route you take using Google Maps, is supplied by clean energy every hour of every day," Pichai said.

He outlined Google's efforts to do so by investing in new technologies to enable manufacturing regions to gain 5 gigawatts of new carbon-free energy, helping 500 cities including Hamburg and Houston reduce a total of 1 gigaton of carbon emissions annually. The company also would introduce new products to help 1 billion people make more sustainable choices.

The company sets its Asia-Pacific headquarters in Singapore where it operates two data centres, with a third currently being constructed. It launched its first GCP region in Singapore in 2017, which supported a clientele that included Singapore Airlines, Carousell, Ninja Van, MyRepublic, and Wego.

Located in Jurong West, Google's third local data centre would sit in the same vicinity as the first two sites and cost an estimated $300 million, pushing its total investment in building out its data centre footprint here to US$850 million.

Home & Office
Back-to-school laptop deal: Save $350 on the HP Envy

Home & Office
How to integrate Google Calendar with Slack