Opera Software had a very busy 2013. During the year, it completed what's thought to be the largest ever acquisition by a Norwegian IT company; killed off some of its core technology, the web page rendering engine Presto ; released new browser products for mobiles, tablets and desktops based on the Google-derived rendering engine Blink ; and made some decent money in the process: Opera's share price on the Oslo Stock Exchange rose from NOK 31.90 at the beginning of January 2013 to NOK 82.95 by the end of the year. 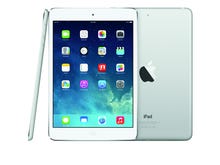 Opera's iPad-only Coast browser gets 2.0 release Opera has rolled out a new version Coast, its tab-less, URL bar-free browser for the iPad.

Nevertheless, Opera's CEO Lars Boilesen seems to be less than eager to talk about money: "We are more concerned about our users, than the money by itself," he told ZDNet.

Boilesen's comments came following his presentation of the company's fourth-quarter results to press and analysts earlier this month. The results saw Opera set new records for both revenue and profits: the former hit $89.6m, up 48 percent year on year; the latter before tax reached $49.3m, up from $2.8m last year — a year on year increase of more than 1500 percent.

The figures come in stark contrast to Opera's historical performance. Even though the company was winning millions of users, especially in emerging markets, profits weren't following at the same rate. "In 2010 we sat down and thought about it. We had 100 million users, but we didn't make money. What could be done about that? And that's when we started to work with the operators," Boilesen said.

It's been a successful formula for Opera, and the last few years the company has seen its financials growing steadily healthier: "Our total revenue in 2013 was more the $300m. Our profits now are bigger than our total revenue was back in 2009," Boilesen said.

Opera and the operators

Opera's biggest successes with operators have come in emerging markets. There, Opera's browser products — the mobile browser Opera Mini in particular — have been bundled with the carriers' own offerings on the devices they sell. In this way Opera has won millions of users, and made money in the process.

Today, Opera Mini's most important market is Russia. "We've become a strategic partner for the operators, where we help them stay in touch with their users. This has been a very positive development for Opera. We've had a dramatic growth the last three or four years — in 2009 we had two markets with a million users, now we've got 23 countries with more than a million users," Boilesen said.

Now, there are 270 million Opera mobile users in the world, according to Håkon Wium Lie, Opera Software's CTO.

Next up: video compression

The next focus for Opera's browser products will be expanding video compression capabilities for all its browsers. Previously, Opera Mini compressed HTML data for the connection between Opera Mini browsers and servers. However, after Opera's 2013 acquisition of Skyfire , the company now has access to mature video compression technology.

From Presto to Blink

One big change for Opera last year was that the company killed off its own web browser engine, Presto. That was a very emotional and controversial decision, particularly inside the company. Many of Opera's developers had spent years on working on Presto, and the decision to do away with it didn't go down well in all parts of the organisation.

The change was announced last February, with Opera revealing it would move to Webkit as well as Chromium. In April, when Google made its big announcement to fork Webkit into a new code base branch called Blink , Opera said it would follow suit.

The reasoning behind this is part strategic, part pragmatic. "Our users don't care which rendering engine is used in the browser. It was not a strategic differentiator for Opera any more, and a lot of resources were spent maintaining Presto. It wasn't meaningful for the developers to duplicate code that others are writing too, either," Wium Lie said.

"We never managed to get enough attention, especially in the US, where for instance the banks didn't test their services with Opera, so we had too many occurrences of Opera not working with particular websites."

Opera's CEO agrees. "Because of our switch to the Blink engine, our retention rate on desktop users is much better now. This is because most websites work in Opera since we're using the same engine as Google. We think we've become more relevant after we moved over to the Blink platform, and more companies now start to work with us," Boilesen said.

"We've got twice as many developers on the desktop browser now than we had with Presto, because all [our] resources went into maintaining Presto. The only error we made with Presto was that we kept it too long. Our change to Blink was because we wanted to get on the offensive with regards to innovation, we used too many resources to keep Presto competitive.

"We had lost our power of innovation because we were too busy with Presto. After we changed to Blink we had resources available for innovation. As an example, ten developers went into a room, and ten months later they returned with Coast."

Coast by Opera is the iPad-only web browser Opera released last September . It made quite a stir back then, with its app-like appearance and lack of standard browser chrome in the user interface. This was also Opera's very first browser product without Presto under the hood, and that's a notable milestone for the CTO:

Opera gives the impression that Coast is more than a proof of concept for the company. "I don't want to spend time on how we're going to monetize on Coast now, we must develop it, and grow the number users. Later we'll figure out how to make money out of it. Coast will be released on mobile, on iOS, that's obvious. When it will be available I cannot say, but we'll get there," Boilesen told ZDNet.

Wium Lie said: "We're not finished with Coast, there are many features I want to see in it. I want a user experience like the one an app provides. I think the real estate on the screen should be better utilized, so we should look more into that, as well."

And this is how Opera will look from now on in, according to the CEO. "Unfortunately, Opera Software had a three, four year period where there wasn't enough innovation within the company. We must release much more software like Coast in the future," Boilesen said.

With the money now arriving, it's new products and new opportunities that are on the chief exec's mind. "This is what I want as a CEO and want more of from Opera: we must get our power of innovation back," he said.

"If we're not making money, as was the situation in 2009, then we cannot create good software that's reaching more users. We have to find ways to make money, so our shareholders are satisfied, so we're getting more money to invest in new exciting products. This has been good the last three to four years, as we've found a model that works.

"This gives us possibilities for innovation further down the road, and that is exciting."

At the same time, Opera's executives are well aware of the competition between the web and native apps. "We're fighting to keep the web open and protected from the big ecosystems trying to take over the users," Boilesen said. "We want to ensure that the web is going to be the place where [new] things are happening. Obviously, the web is under pressure from native apps on each and every operating system," Wium Lie said.

The battle with native apps aside, we can expect to see many more new products coming out from the Norwegian browser maker: "We've got more engineers now working on new products than ever before," the CEO said.

"Businesswise, the most important factors in 2013 for Opera were new products, and great growth in the number of users of our software. So we're really set for growth in 2014, because we will have new products on mobile, tablets and desktop using the new engine, and this is something I'm proud of our engineers achieving."

Join Discussion for: Show me the money: How Opera started thinking...