The developer(s) of the SimplyMEPIS Linux distribution have made Release Candidate 3 of their upcoming SimplyMEPIS 11 distribution available. Typically, with this excellent distribution, by the time they get to RC3 essentially all of the significant bugs have been taken care of, and the distribution is very stable and robust. If you want to get a head start on the new release, check the MEPIS Mirrors List and remember, this is a pre-release of Mepis 11 so it will be listed as SimplyMEPIS-DVD-TEST_10.9.98.

If you prefer to install from a USB stick, as I do, rather than burning another CD/DVD every time, this ISO is compatible with the unetbootin utility. So you can use that to create a bootable USB thumb drive, then boot from that and accept the default option from the boot menu.

As SimplyMEPIS uses the KDE 4 desktop, you can choose between the standard KDE desktop: 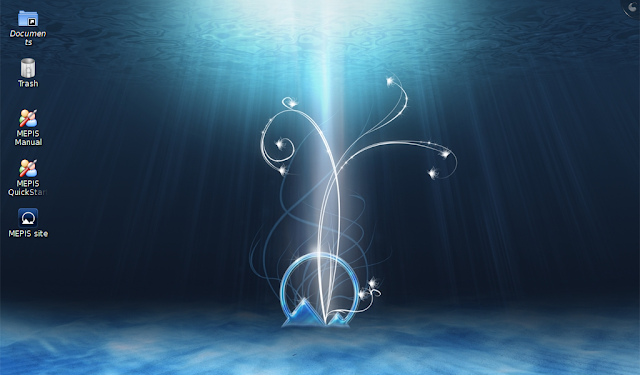 Or the KDE Netbook desktop: 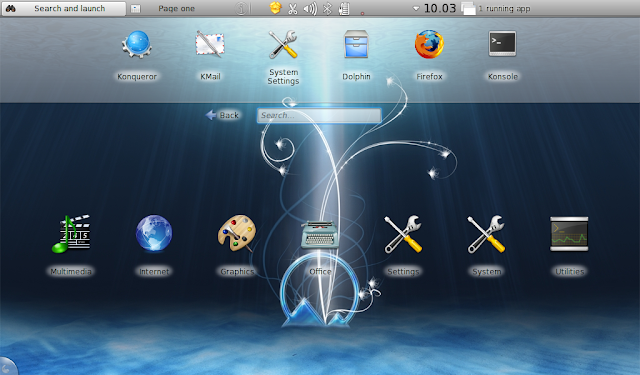 I have already installed this Release Candidate on all of my laptops and netbooks, and it went without problem on every one of them. That means the Broadcom 4313 WiFi adapter works, with the brcm80211 driver, the Broadcom 4312 WiFi adapter works, with either the wl or b43 driver, the Synaptic ClickPad touchpad in my Lenovo S10-3s netbook works, the various graphic controllers (Intel, AMD and VIA) work.

If you are not absolutely "chomping at the bit" to get your hands on SimplyMEPIS 11, the final release will probably be available in a week or so. But if you are anxious or just very curious, give this Release Candidate a try.