Government sets aside SG$49 million ($36.05 million) to support R&D efforts in low-carbon energy technologies such as hydrogen, and kicks off an initiative to pilot a lithium-ion battery energy storage system on a "floating" lab.
Written by Eileen Yu, Senior Contributing Editor on Oct. 26, 2020 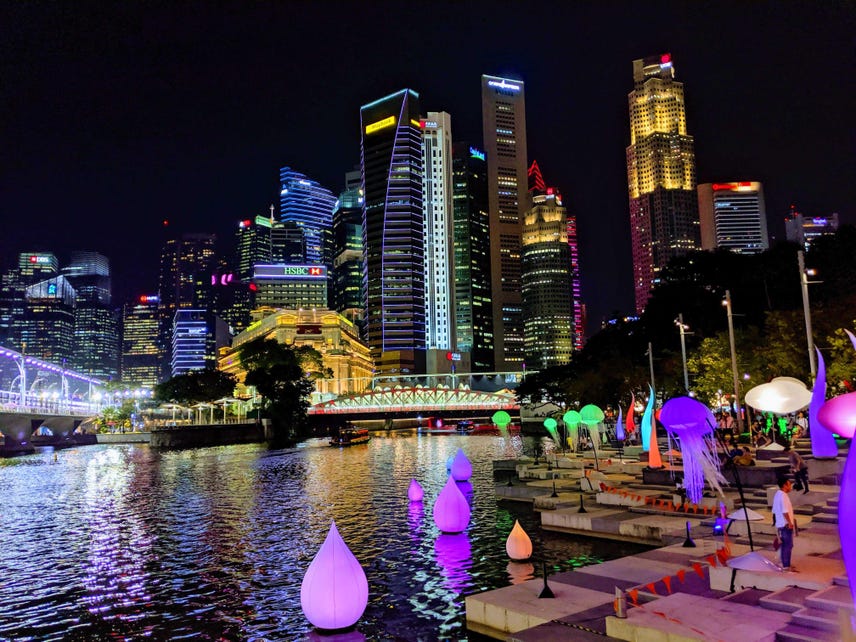 The Singapore government is setting aside SG$49 million ($36.05 million) to drive research and development (R&D) efforts in low-carbon energy technologies such as hydrogen and carbon capture, utilisation, and storage (CCUS). It also announced an initiative to pilot a lithium-ion battery energy storage on a "floating" lab, utilising seawater to cool the battery cells.

Spanning five years, the SG$49 million R&D investment is aimed at pushing the "technical and economic viability" of technologies that could help reduce the country's carbon emissions. In particular, it hopes to do so in emission-intensive areas, such as the power and industrial sectors, according to a joint statement Monday released by five government agencies: the Agency for Science, Technology and Research (A*Star); Economic Development Board (EDB); Energy Market Authority (EMA); National Climate Change Secretariat (NCCS); and National Research Foundation (NRF).

Research projects could include technologies that enable the effective capture of carbon dioxide from low-concentration emission sources in the industrial and power industries and convert the gas into useful products, such as building materials, reclamation sand, and synthetic fuels.

"Testbeds for emerging technologies, such as the blending of low-carbon hydrogen with natural gas in combined cycle gas turbines, will reduce carbon emissions from electricity generation. These testbeds could yield insights in applying low carbon technologies in Singapore's context and facilitate future deployment," the agencies said.

Minister for Trade and Industry Chan Chun Sing added that hydrogen and CCUS were amongst "promising" technologies with the potential to transform Singapore's energy landscape and drive the nation's long-term goals in emissions reduction.

The government last year unveiled a roadmap to lead efforts towards a "cleaner, more reliable, and affordable energy future", focusing on four "switches" -- natural gas, solar, regional power grids, and emerging low-carbon alternatives. For instance, it is aiming to meet a solar target of at least 2 gigawatt-peak by 2030, and an energy storage deployment target of 200 megawatts beyond 2025.

In a separate statement Monday, EMA said it awarded a research grant to test a floating energy storage system (ESS) as part of a SG$10 million ($7.36 million) partnership with Keppel O&M to develop energy solutions in the marine sector.

Awarded to a consortium led by Envision Digital International, the research grant would see the deployment of a 7.5 MW/7.5MWh lithium-ion battery ESS on Keppel O&M's floating living lab. This would have sufficient capacity to power more than 600 four-room HDB apartments a day, the partners said in a joint statement.

Because Singapore's high humidity and hot climate could affect the performance of the energy system, the testbed would tap a liquid-cooling feature that utilises seawater to cool the battery cells. The pilot would also assess the feasibility of a battery stacking system, which might cut the footprint required for deployment by up to 40%.

Findings from the pilot are expected to be applied to ESS on mainland Singapore, where such systems could enhance power grid stability and resilience as well as support the adoption of more renewable energy such as solar.

The project is expected to be completed in 2023.

EMA's chief executive Ngiam Shih Chun said: "Energy storage and smart energy management systems support the deployment of more renewable energy in Singapore. This project will pave the way to overcome our land constraints and set the blueprint for similar deployments in the future."

Keppel O&M CEO Chris Ong added that the ESS would have multiple applications, such as supporting areas with intermittent power supply and enabling the rapid deployment of emergency power for places or remote islands affected by power disruptions. "It can also be deployed on hybrid or fully electric vessels to significantly reduce carbon emissions," Ong said.