Singtel and Ericsson have announced reaching peak 4G LTE speeds of 1.5Gbps, with plans to gradually deploy the technology as compatible smartphones become available in 2019.
Written by Corinne Reichert, Senior Reporter on Sept. 17, 2018 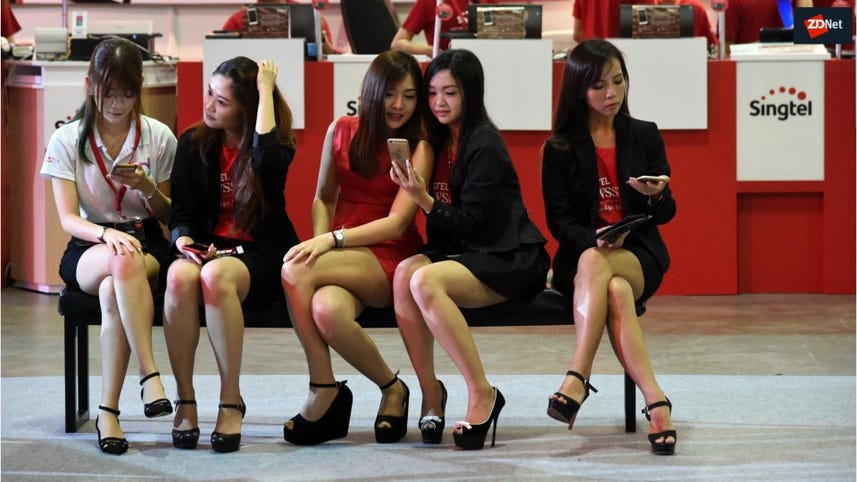 Singapore's largest telecommunications carrier has announced attaining peak speeds of 1.5Gbps across its 4G mobile network in partnership with Ericsson, which they said are the fastest LTE speeds in Asia.

"By leveraging five-carrier aggregation across both FDD and TDD, we continue to lead the way to meet customers speed and capacity demands," Ericsson's head of Singapore, Brunei, and the Philippines Martin Wiktorin said.

The new speed will be "gradually" deployed across Singapore as more spectrum is allocated for LTE, Singtel said, with smartphones supporting these speeds to be launched next year.

At the time, the companies said they would proceed with rolling out the technology progressively, beginning with Orchard Road, Raffles Place, Tanjong Pagar, and Clarke Quay.

Ericsson's intelligent Bandwidth-Aware CA technology will be deployed as part of the network upgrade, enabling smartphones to automatically choose the most efficient spectrum band combination on offer at any time for 20 percent faster speeds on average.

According to the companies, the technology will utilise Singtel's 2.5GHz spectrum. Singtel had paid SG$563.7 million for 3x 5MHz in the 2.5GHz band, along with 4x 10MHz in the 700MHz band and 2x 10MHz in the 900MHz band, during the general spectrum auction last year.

Singtel and Ericsson had in December announced being the first to attain 1.1Gbps across LTE during a trial of licence-assisted access (LAA) technology in Singtel's lab, utilising 4x4 MIMO and 256 QAM technology, and Ericsson's Radio 2203 and Radio 2205 devices.

The two companies have been live trialling LAA 4G since July 2016, at the time saying it would be rolled out over the next two years , beginning in the first half of 2017. Ericsson began upgrading Singtel's 4G networks almost two years ago, in January 2017 launching 450Mbps speeds across the entire mobile network using 256 QAM.

Singtel in August 2017 then unveiled its 64 Massive MIMO antennas with beamforming technology in partnership with Ericsson, Huawei, and ZTE.

Ericsson and Singtel have also been working on a "blueprint" for 5G deployment across Singapore since January 2015, with the companies in October announcing they would invest SG$2 million in establishing a 5G development facility .

"The group has established a 5G Centre of Excellence in Singapore, and aims to prepare for the communications ecosystem for 5G services as standards are progressively introduced," the carrier said.

They will be launching a trial 5G network in Q4 this year.

Singtel earnings down as group adds another 30 million mobile subs

The Singtel Group had 735.4 million mobile customers as of June 30, despite losing 47,000 mobile subscriptions across Singapore during the past year.

Scheduled to go live by fourth-quarter 2018, the pilot 5G network will facilitate drone and autonomous vehicle trials at the country's designated science and IT hub, One-North.

Ericsson and Singtel to roll out gigabit LTE

How efficient smart cities will be built on IoT sensors (TechRepublic)

At MWC Americas 2018, TechRepublic spoke with Peter Linder, Head of 5G Marketing for North America with Ericsson about how IoT sensors will be key to creating efficiencies and improving services in to...

Networking
How to network as an introvert