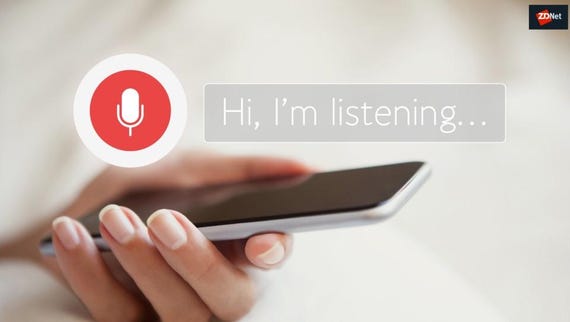 The EU competition watchdog is taking another look at whether big tech is helping itself to too large a slice of the digital market, this time in the space of connected devices.

The organization's commissioner Margrethe Vestager announced the launch of a sector probe to make sure that the companies behind smart products and digital assistants aren't building monopolies that could threaten consumer rights in the EU.

Vestager named Apple's Siri, Google's Assistant and Amazon's Alexa, but also Deutshe Telekom's Magenta as the voice assistants "at the centre of it all". While the technologies have great potential, the commissioner warned that they should be deployed carefully.

"We'll only see the full benefits – low prices, wide choice, innovative products and services – if the markets for these devices stay open and competitive. And the trouble is that competition in digital markets can be fragile," said Vestager.

In Europe, the total number of smart home devices was around 108 million at the end of 2019 and is forecast to reach 184 million devices by 2023. The value of the smart home market is expected to almost double in the next four years to more than €27 billion ($30.8 billion).

With Internet of Things (IoT) products carrying out tasks ranging from fitness tracking to front door unlocking, connected devices are set to become a huge part of users' everyday lives. Vestager stressed the need to "act in good time" to avoid monopoly from bigger players, which would lead to consumers being denied a fair choice when buying the devices.

"We have seen this type of conduct before," said Vestager. "This is not new. So we know there's a risk that some of these players could become gatekeepers of the Internet of Things, with the power to make or break other companies."

According to Vestager, it is also key to make sure that consumers don't find themselves locked into a closed ecosystem because of the lack of interoperability between providers of smart products.

"For us to get the most out of the Internet of Things, our smart devices need to communicate," said Vestager. "So if the devices from different companies don't work together, then consumers may be locked in to just one provider.  And be limited to what that provider has to offer."

Last year, Amazon launched the Voice Interoperability initiative along with 30 other companies, including Bose, Microsoft, Sonos, to name but a few. The companies participating in the project pledged to work with one another to make sure customers have the freedom to interact with multiple voice services on a single device.

The EU watchdog will survey 400 companies of various sizes over the next year in Europe, Asia and America, to find out which initiatives will work best to regulate the IoT market, as well as the problems that are likely to arise in the future.

It is not the first time that the organization has launched probes to maintain healthy competition in the EU's markets. In 2018, a similar inquiry into e-commerce practices resulted in the adoption of a ban on geo-blocking, to make sure that customers could not be stopped from buying products and services from a website based in another member state.

This time, the competition watchdog seems to have specific players in mind. "It sends an important message to powerful operators in these markets that we are watching them – and that they need to do business in line with the competition rules," said Vestager.

In a separate part of her speech, the commissioner mentioned a recent ruling by the EU's general court on Ireland's tax treatment of Apple. "There's more work ahead," said Vestager, "including to make sure that all businesses, including digital ones, pay their fair share of tax where it is rightfully due."

Join Discussion for: Siri, Alexa and Google Assistant in the spotlight...