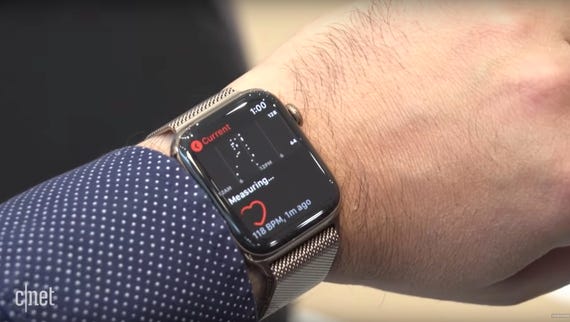 I waited to buy an Apple Watch, because a) I didn't want to pay retail, and b) I wanted a later version with better features. I found the Nike version on sale -- to this day I don't know what functional difference the Nike branding signifies -- and pulled the trigger. I opted for the smaller 38mm model, despite concerns about battery life, since the larger version seemed too clunky on my wrist.

The packaging was typical Apple quality -- excellent -- and the setup painless, using an iPhone to drive the process. The watch arrived almost fully charged.

It took a while to get used to wearing a watch again after 20 years. I didn't like the Nike silicone watch band, and got a knockoff of Apple's $149 Milanese Loop watchband for $12 online. It appears identical to the Apple band with one small difference, invisible when clasped. A breathtaking example of Apple's amazing Margin Enhancement Technology.

Battery life turned out to be a pleasant surprise, often lasting 36 hours, even though Apple only claims an 18 hour battery life. Other pluses: unlocking my iMac automagically; taking phone calls; and text replies. All handy.

It took a while to figure out which watch face best suited me. Some are pretty, like the Astronomy face that shows the Earth with daylight areas in real time, but I like more data.

I settled on one of the Utility faces with complications that give me time, day, date, local weather, texts, activity circles, and access to the watch's heart rate app. It's functional and I've grown attached to the data it presents. It was comprehensive enough that I rarely start up other apps on the watch.

And that was enough for me to wear it every day, even though I had stopped wearing a conventional watch 20 years ago.

Apple shipped watchOS 5 last week. After a multi-hour wait to download and install -- longer than it took to update to macOS Mojave -- I had the new software.

I hike several times a week, and the new version has a killer feature: it automatically determines that I'm hiking and offers me a screen full of data: active calories, heart rate, distance, rolling mile time, and elapsed time. And when I'm done, I can see my path on a map.

For years I've relied on an iPhone biking app, GPSSpeedHD, to track my hikes, and occasionally, my bike rides. But I'd forget to start it, or stop it, and the distance measurements did not square with Forest Service trail maps. And, of course, no heart rate data. OK, but not great.

watchOS 5 has automatic workout detection, so after a few minutes of hiking, my watch taps me and asks if I want to record the hike. It records from the beginning of the hike -- except on the map -- so you immediately get the data once you tap yes.

This being a long term review, and the Series 4 not shipping yet, I haven't tried it. But I must say I am strongly tempted, based on my experience with the Series 3, to upgrade the Series 4 LTE. Why?

The larger screen is attractive. And the electrocardiogram is nifty. But the fall detection, if it works well, is the killer app for me. I often hike alone in the mountains surrounding my town, and I've had friends die doing that. If the fall doesn't kill you, the hypothermia -- most of the year -- will.

Anything that can get help sooner could very well save my life. And that's worth a couple of hundred dollars to upgrade. I'll be watching the reviews to see how well fall detection works.

The Apple Watch hasn't saved my life, as it did for ZDNet's Jason Perlow. But I love the heart rate feature, as it allows me to keep track of my body in real time.

But it isn't perfect. The heart rate graphs on the Watch don't have much granularity, and provides little context, such as info on recovery rate, or intensity. The iPhone splits the heart and activity data into two apps, for no compelling reason. They should have a one-stop app to review all data.

But as the new functionality in watchOS 5 showed, these are fixable problems, if Apple chooses. I hope it does.