SK Telecom to use network to detect earthquakes

Base stations with sensors installed will detect and measure earthquakes and send that data to authorities to improve response times.
Written by Cho Mu-Hyun, Contributor on July 8, 2020 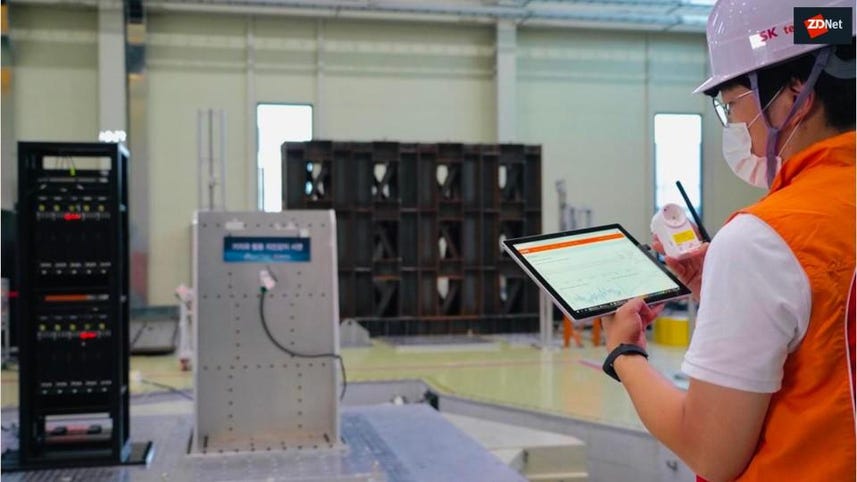 SK Telecom has announced it will build an earthquake detection system that entails installing sensors onto its base stations to allow earthquake data to be shared with authorities more quickly.

The South Korean telco will work alongside the Korea Meteorological Administration (KMA), the country's weather service, and Kyungpook National University to develop the system, the company said.

The system is expected to be completed by 2021, it added.

SK Telecom is aiming to install around 8,000 sensors nationwide that extend base stations to also being at schools, police stations, and its retail stores. These sensors will be small, 220V plugs that can detect a hundred vibrations per second, the telco said.

The data collected from these sensors will be shared with KMA, which will compare and combine this data with its own data that is collected from its 338 earthquake monitor centres across the country.

KMA can currently send warnings 7 to 25 seconds after it detects an earthquake. With the new earthquake detection system, the hope is data collected by SK Telecom will shorten this response time and improve how the severity of these earthquakes are measured.

Last year, there were 88 earthquakes over the magnitude of 2 on the Korean Peninsula, KMA said.

This raised concerns, KMA said, as that number is higher than the average of almost 70 earthquakes which has occurred annually from 1999 to 2018.

SK Telecom alongside its competitor KT rolled out their Internet of Things-dedicated networks back in 2016.

IoT sensors have also been deployed in South Korea to protect cultural heritages and water meters.

Space
How to use Firefox's mobile Collections feature

Open Source
How to use Slack Themes to distinguish your workspaces