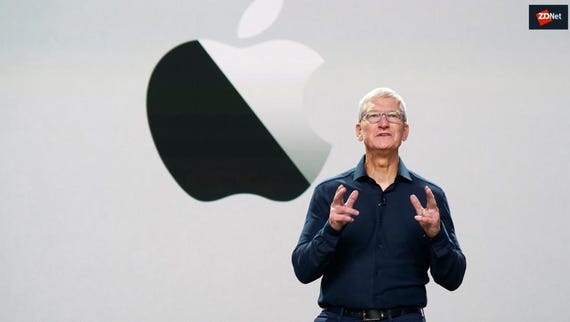 Developers! Apple has a Arm-based Mac mini for you to work with
Watch Now

SoftBank is reportedly considering the full or partial sale of Arm to bolster the firm's cash reserves as part of a $41 billion debt reduction program.

On Monday, the Wall Street Journal reported that a sale, or potentially an initial public offering (IPO), could be options that will change the British chip designer's future.

Goldman Sachs Group is reportedly acting as advisor for a potential sale, which is still in the early stages. It has also been noted that if there is not enough interest or any tempting offers on the table, SoftBank may not push ahead with either a sale or taking Arm public.

Alongside the likes of Qualcomm and Intel, Arm is a substantial player in the processor space as a developer of chips for smartphones, Internet of Things (IoT) applications, and 5G networking.

Apple announced in June that next-generation Macs will transition from Intel x86 chips to Apple Silicon based on Arm architecture.

SoftBank acquired the Cambridge-based company in 2016 for £24.3 billion ($32bn at the time). Four years ago, SoftBank CEO Masayoshi Son called the purchase "an excellent strategic fit within the SoftBank group as we invest to capture the very significant opportunities provided by the Internet of Things."

However, the financial state of SoftBank has since drastically altered. The Japanese conglomerate's Vision Fund -- in part due to the catastrophic investment in WeWork -- has been responsible for operating losses amounting to billions of yen.

Under pressure from Paul Singer's Elliott Management Corp., as a substantial SoftBank investor with a stake worth roughly $3 billion, in March, the company announced a $41 billion share buyback and debt reduction scheme.

This could include the sale of assets such as Arm, as well as the repurchase of up to $18 billion in common stock. SoftBank's program will run over the next four financial quarters in tandem with a separate $4.8 billion buyback scheme.

TechRepublic: Developers who stand out bring both technical skills and life experiences to the job

In June, SoftBank announced its intention to sell roughly 198 million shares in T-Mobile US for approximately $21 billion.

In related news this week, SoftBank-backed WeWork executive chairman Marcelo Claure said the startup is on track to make a profit by the end of 2021.

Following a ruthless restructuring effort and the sale of non-mission-critical assets, and in part due to an increase in customer demand for flexible office spaces due to the disruption caused by COVID-19, Claure said that WeWork is now a year ahead of schedule in meeting its financial targets.

ZDNet has reached out to SoftBank and will update when we hear back.