Company has $100 million ambition to be the foremost supplier of end-of-arm tools for collaborative robots
Written by Greg Nichols, Contributor on June 12, 2018 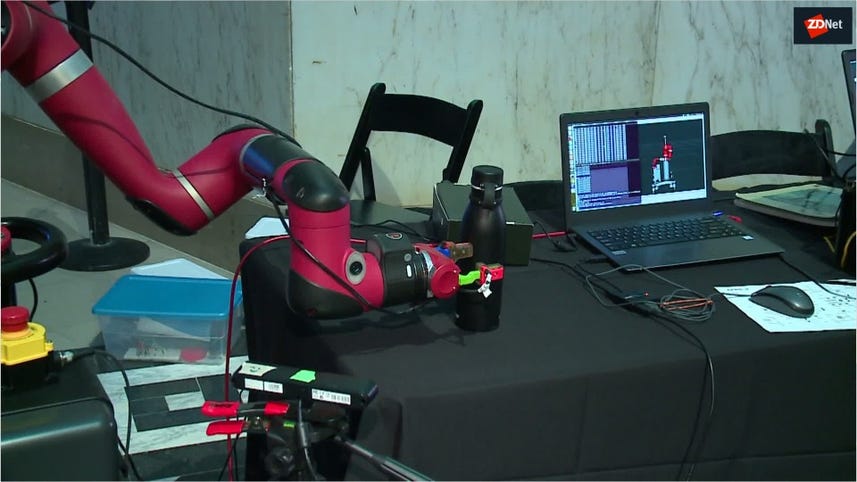 A three-way merger is shaking up the market for end-of-arm components that give robots task-specific abilities.

The merging companies are Perception Robotics (US), OptoForce (Hungary), and On Robot (Denmark). The resulting company will be called OnRobot and will be headquartered in Denmark.

Collaborative robots (cobots) have transformed industrial automation in the last decade. Able to operate outside cages and alongside human workers, cobots are easily deployed and programmed for a variety of repeatable tasks, making them adaptable to industries as diverse as components manufacturing, food preparation, and warehouse automation.

But task-agnostic platforms often need additional tooling to perform specialized jobs. Grippers and end effectors suited to moving packages from a belt to a cart may not be well-suited to soldering a component on a circuit board.

Many applications require specific sensing abilities, such as 3D vision or thermal imaging.

OEM manufacturers like ABB or Rethink Robotics usually sell a variety of end effectors to supplement their platforms. But cobots are employed in such a variety of environments that OEMs can only cover a fraction of use cases.

That's where suppliers like the merging companies come in. Rather than compete, the three players have agreed join forces and grow through acquisition.

"The aim is to build a world-leading organization in development and production of end-of-arm tooling," Iversen said. "Through further acquisitions and collaborations, we expect to reach a revenue exceeding one hundred million dollars in a few years."

The merger is a win for Denmark, which has established itself as a hub of robotics development. In 2015, Iversen sold Danish giant Universal Robots to U.S.-based Teradyne in a deal worth $285 million.

This merger could signal the rise of another major Denmark-based player in the industrial robotics space.