How do you make an ultra-light, ultra-thin notebook with long battery life and a powerful graphics card? Leave out the graphics card.
Written by First Take , Previews blog log-in on June 29, 2011

How do you make an ultra-light, ultra-thin notebook with long battery life and a powerful graphics card? Leave out the graphics card.

Sony's new 13" VAIO Z business ultraportable uses Intel's LightPeak (with what Sony is calling a proprietary connector) to plug in a media docking station with an optical drive, extra ports - and a 1GB Radeon HD 6650M graphics card. That's how you can get the seven hours of battery life Sony's claiming for the Z series, because when you're out and about you're using the integrated Intel graphics in the Core i5 or i7 processor. When you get to the office - or home - you can plug into the Power Media Dock, which has both VGA and HDMI connectors, as well as more USB and Ethernet ports, and can drive up to four external screens. And when you don't have the dock plugged in, the port doubles as another USB 3.0 port. 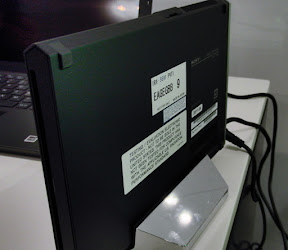 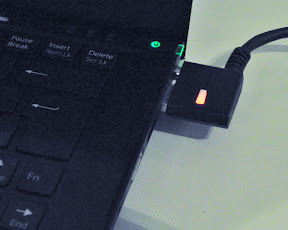 A 13" screen is a good size for an utraportable notebook and the 1600 by 900 anti-reflective screen is the usual excellent Sony quality. The carbon fibre case keeps the weight down to 1.15kg; it's light and well balanced for carrying in one hand and the slightly matt surface is comfortable to grip (and doesn't seem to attract fingerprints). The dramatic angles of the case look stylish (and aren't too inconvenient for plugging devices into the ports). When you open the lid, the dropped hinge projects below the keyboard and lifts it to a slight angle (two rubber feet keep that movement smooth). The keyboard is the usual Sony isolated style, with a distinct and positive feel to the keys as you type; the touchpad has a distinct feel as well, as it's textured. There are no visible buttons, just a smooth area at the bottom for clicking, with a fingerprint reader separating the two button areas. 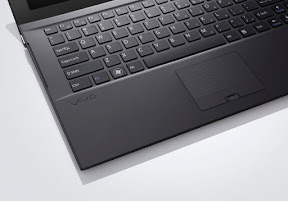 There will be two VAIO Z models in the UK: a Core i5 with 4GB of RAM and a Core i7 with 8GB RAM. Sony says both will get 7 hours of battery life, or 14 with the £60 flat battery which clips on underneath. You're paying for the portability, of course. Prices start at £1,434 for the 4GB Core i5 model with a 128GB SSD, the Power Media Dock is another £400 for the DVD model (or £450 for the Blu-ray player) and even the backlit keyboard is an optional £15 extra. That's always useful for typing in presentations where the room lights are dimmed, or on a plane, but we'd prefer more control; you can turn it on or off in the BIOS and control the brightness with the function keys but the backlight only turns on automatically when the light level is low enough.

If you really want to push the price up a 512GB SSD will cost you another £1,150. Even the basic configuration gives you a very capable system that's stylish, packed with features and well designed, as with all Sony notebooks - but you're paying a premium for the design.

The best 2-in-1 laptops: Top flexible, hybrid, and convertible notebooks