The rise of smartphones has led to Android becoming more popular, says StatCounter, but by such a fine margin that not everyone agrees.
Written by Steven Vaughan-Nichols, Senior Contributing Editor on April 3, 2017

For decades, the answer to the question "What's the most popular operating system?" was Windows. You may not have liked it, but macOS, OS/2, Linux, you name it, couldn't knock it off its pedestal. But, then along came smartphones and tablets, and PCs started their long sales decline. In March 2017, by web-analytics company StatCounter's reckoning, Android became more popular than Windows.

Mind you, by StatCounter's count, Android didn't beat Windows by much. Android topped the global end-user operating system market share with 37.93 percent. That put it marginally ahead of Windows 37.91 percent. This is well within the margin of statistical error.

Still, the operating system trends have been clear since 2012. Windows is falling, while Linux-based Android is rising. If Android isn't really more popular by now, it will be shortly.

"This is a milestone in technology history and the end of an era," said Aodhan Cullen, StatCounter's CEO, in a statement. "It marks the end of Microsoft's leadership worldwide of the OS market which it has held since the 1980s. It also represents a major breakthrough for Android which held just 2.4 percent of global internet usage share only five years ago."

What's been the drivers for this change? StatCounter sees it as being largely because of the rise of smartphones and the decline of PCs. The company also credits the growth of the Asian end-user market.

How trustworthy are StatCounter's numbers? Well, it depends. The company states its findings are based on 2.5 million websites, which generate over 15 billion monthly page views. That's impressive, but other sites don't show Windows surrendering its lead yet.

For example, the federal government's Digital Analytics Program (DAP) tracks over 2.5 billion web visits to more than 400 executive branch government domains across about 5,000 total websites, including every cabinet department. By its count Windows is still the most popular end-user operating system.

That said, DAP shows Windows declining rapidly. By January 2017, Windows users had dropped below 50 percent of government website visitors with 49.2 percent. This month, Windows has fallen another 1.8 percent to 47.4 percent.

Where are users going? Well, by DAP's count, Apple's iOS is number two with 23.4 percent followed by Android with 18.6 percent. Both are gaining fast on Windows. Since January, iOS has increased its share by 0.5 percent, while Android has picked up 1.8 percent.

Part of the difference between these two views is StatCounter looks at a worldwide market while people who visit the federal sites are overwhelmingly American users.

NetMarketShare, a Microsoft partner and a company whose operating system numbers are also widely quoted, doesn't track end-user operating system numbers. Instead, the company breaks desktop and mobile users into two categories. By its analysis, Windows is even more dominant on the desktop than StatCounter with 91.68 percent of all users. On mobile platforms, NetMarketShare sees iOS as the leader with 51.74 percent and Android lagging at 37.64 percent.

As for Windows Phone? No one shows it having more than a single percent of the market.

On the desktop, Windows is still the top dog. On smartphones, it depends whose numbers you believe. The one thing all the counts agree on though is that smartphones are continuing to gain while PCs decline.

We'll never see PCs disappear. Do you want to try writing reports, creating spreadsheets, or building presentations on a smartphone? I don't think so. But for data-consuming users -- and that's most people -- the future belongs to smartphones and its operating systems. 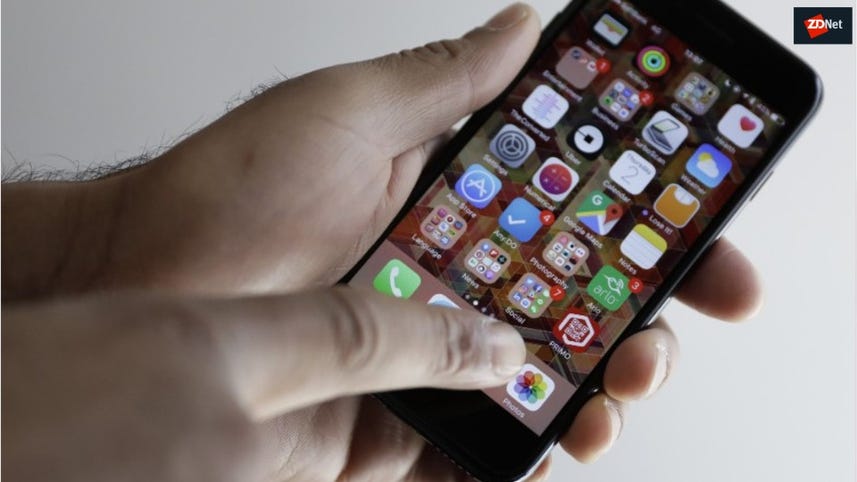