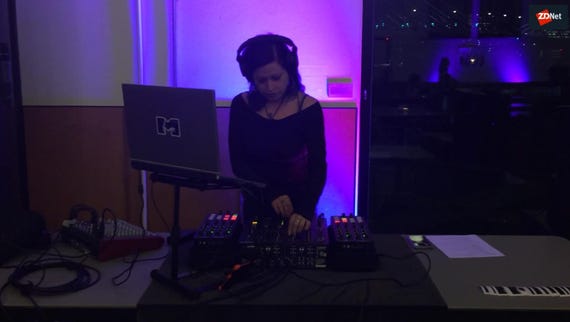 It's easy to think of virtual reality as a visual experience, but a growing number of developers are capitalizing on the immersive environments of VR to bring users interactive experiences built around music.

"I'm excited by the potential that VR offers the music industry," says DJ Kryoman (real name Andy Moore). "VR opens up new ways for DJs and Artists to connect with fans around the world, to make music production and DJing more accessible... this will change music for the better."

Console video games followed a similar trajectory, putting more stock in the listening experience as games evolved. Early video game music was designed to be catchy and repetitive, but as the technology matured synthesizer melodies gave way to full-on scores.

VR is building on the sonic evolution of gaming. It's also turning live and rebroadcast events into immersive at-home experiences. NextVR, which began with a focus on live sports, has teamed up with Live Nation to stream some big ticket live concerts.

That could be an important new revenue source for artists and labels, which are eager to expand audiences for live events, where most of the money in the music industry is these days.

For those who just want to learn to spin some vinyl at their next party, Tribe VR's Oculus experience is $4.99 and can be downloaded here.

Join Discussion for: Sound is the next frontier for virtual reality