Construction of the Defence High Performance Computing Centre will begin later this year.
Written by Asha Barbaschow, Journalist on April 9, 2019 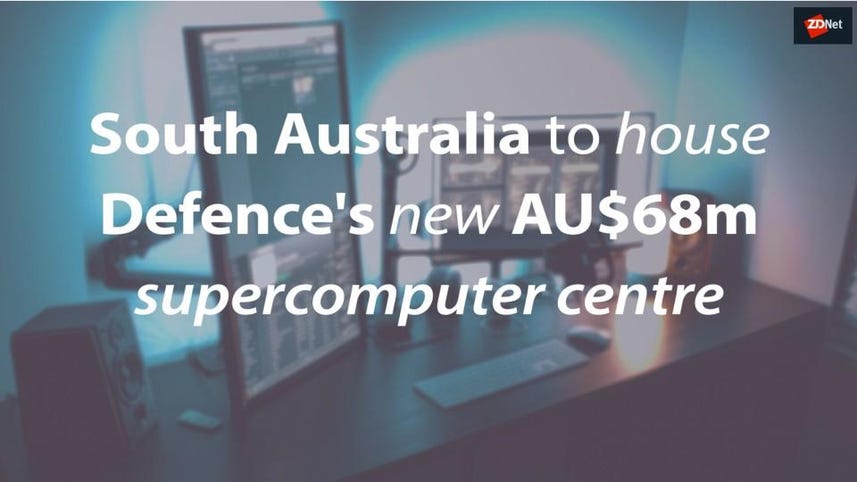 The Australian Defence Science and Technology Group is getting a new computing centre, to be built in Edinburgh, South Australia, for a total cost of AU$68 million.

Construction on the Defence High Performance Computing Centre is slated to commence in mid-2019 and expected to be complete in late 2020.

Fawcett said the supercomputing capability of the computing centre is intended to support Defence's major acquisitions throughout their lifecycle.

"The works will deliver the new fit for purpose facility. The head contractor will also be responsible for procuring and managing subcontractors to construct the works," Fawcett said.

It is expected the head contractor will develop a "Local Industry Capability Plan" to provide opportunities for local businesses to be involved in the project through manufacturing, supply, and transportation of the equipment and materials.

"High performance computing, or supercomputing, plays a vital role in the design, development, and analysis of modern weapon systems and national security systems, including our future ships and other major defence platforms."

Defence also announced this week that the IT equipment used by the Royal Australian Navy on its ships will receive a major overhaul worth AU$600 million.

Specifically, the Navy's computer networks will receive an upgrade through the "modernisation" of its Fleet Information Environment (FIE) -- which has been in place for over a decade.

The FIE consists of both classified and unclassified computer networks which are used throughout the fleet. The government said these networks could exchange information within the ship, or externally by using radio and satellite connections.

This is the first step towards rolling out contemporary computer systems to the fleet for the next decade, Reynolds said in a statement on Tuesday, noting its purpose is to ensure the Navy continues to meet the challenges of modern warfare.

She said with technology moving rapidly, many components require upgrading and Australian industry will be approached to provide "innovative" solutions.