The QR codes will be available on Naver's smartphone app.
Written by Cho Mu-Hyun, Contributor on June 9, 2020 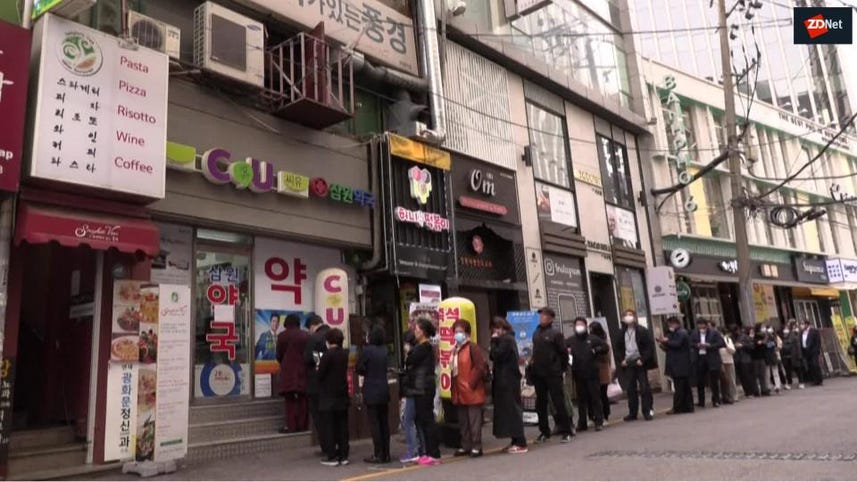 South Korea will require facilities deemed to be "high-risk" of spreading COVID-19 to install QR code readers, the government said on Wednesday.

Places where multiple people gather around indoors, such as fitness centres, clubs, and karaoke bars, will be subject to the requirement, the Korea Centers for Disease Prevention and Control (KCDC) said.

People who wish to enter such facilities will need to scan their QR code from Naver's smartphone app.

Personal data collected from the QR codes will be encrypted and destroyed after four weeks, KCDC said.

Facilities that don't implement the QR code system or falsify their visitors' list will be subject to fines or shutdowns, the health authority added.

These facilities will have until June 30 to comply and those that are currently not using the system will be given a warning and guidelines for installation.

South Korea has already been requiring such facilities to check visitors' temperature as well as mandate that visitors wear face masks. Visitors' lists were also already required but these previously could be performed with pen and paper.

Prior to this announcement, South Korea had already required for those in government-mandated quarantine to wear electronic wristbands. In March, the South Korean government launched apps to notify people of the inventory status of face masks in nearby pharmacies to address shortages.

The nation's overall infection rate has remained low but it saw small, sporadic outbreaks in Seoul last month at clubs as well as at a warehouse run by local shopping giant Coupang.