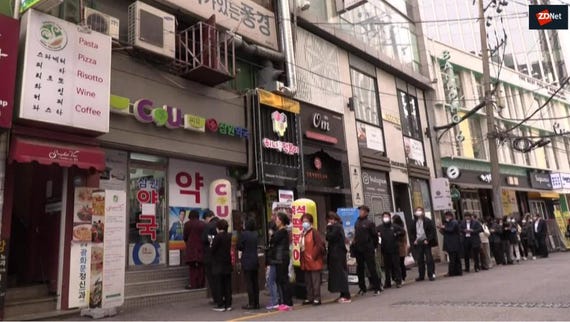 The South Korean government has released its mask sales data to the public by providing it as an open API to encourage developers to create apps that notify people about the inventory statuses of pharmacies nationwide.

The government hopes that the opening up of data will help address the long queues at pharmacies and complaints that have arisen due to the shortage of masks caused by the COVID-19 outbreak.

Vice Minister Jang Seokyoung of the Ministry of Science and ICT told a press briefing Wednesday that the decision to open up the data was made as the government believes collaborating with the private sector would provide more efficient and innovative services that can better serve public demand, as compared to if the government were to develop these apps itself.

Since Monday, the government has imposed onto citizens a two per week limit for masks purchased from pharmacies

Around 10 app developers have used the data so far. They launched their apps on Wednesday, with more expected to follow, the minister added.

Naver, South Korea's largest search portal, and Kakao, the country's largest chat app, are also planning to use the data to provide mask inventory services within their respective map apps.

The outbreak has caused local tech giants such as Samsung and LG to suspend production and close down facilities due to employees contracting the virus.